Thomas Edison has over a thousand patents in his name. Some of them are even based on his own ideas. But more often than not, he was working off another great innovator’s findings, and tinkering until he produced something that could make a buck or two. He is often praised for having invented a number of household items we take for granted, and couldn’t live without. But considerably less credit is actually given to the genius scientists and inventors who worked under his employ to make him rich (and a household name). One of those men is Nikola Tesla, who got an incredibly short end of the stick, and whose brilliance often goes unacknowledged and under-praised beneath Edison’s blinding overcast. Here are ten ways in which Edison was a real jerk to Tesla.

Towards the end of Edison’s life, he was quoted as saying he wished he respected Tesla and his work more than he had. Too bad, at that point the damage had been done: Tesla died broke and lonely, while Edison died wealthy and with great self-esteem. While they had worked together, Edison had often called his ideas “impractical” or mocked them (if he wasn’t plain threatened by them). It seemed Edison knew that he had this brilliant young mind under his thumb from the moment he came to America to work for him. (At that point he already had a few patents in his name, for devices that operated by rotating magnetic fields.) 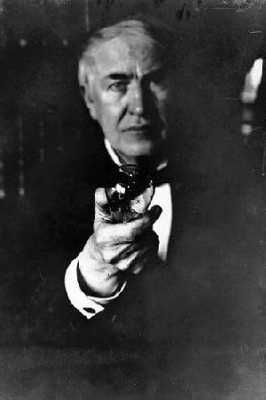 Tesla once criticized Edison by saying in a New York Times interview, “He had a veritable contempt for book learning and mathematical knowledge, trusting himself entirely to his inventor’s instinct and practical American sense.” Whereas Tesla was an impassioned engineer who seemed to be utterly fascinated by the technical aspects of his work. He had a photographic memory, could memorize entire books, and used to have literal flashes of genius where he’d conceive the solution to a problem, or visualize the detailed schematics of a device he’d yet to invent. Edison insisted on developing (or replicating and patenting) devices that had some practical utility (something that could make him money), never just science for purely science. 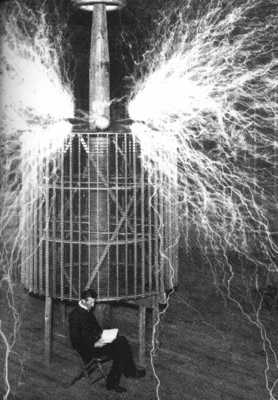 Not only did he call some of Tesla’s brilliant ideas impractical, or have potential inventions of his shut down, he just didn’t seem to value Tesla’s mind. Tesla, who worked late into the night, remained celibate until his death at 86, was an eccentric and often obsessed over his work. Edison, however, was more socially functional (well, he had a 16-year-old wife, if that counts as proof), and didn’t take Tesla often highly esoteric comments entirely seriously.

7. Took Credit for the Fluoroscope 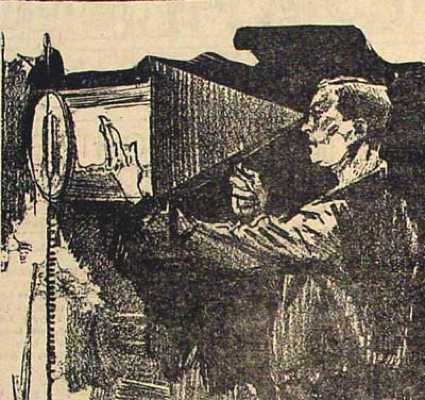 The fluoroscope – a device for producing X-ray images – is something Tesla had been working on prior to Edison’s pig-headed dabbling. In the process, Edison managed to give his assistant terminal cancer (who had to have his arms removed before he ultimately died), and he almost blinded himself. But he sure got that patent all right. 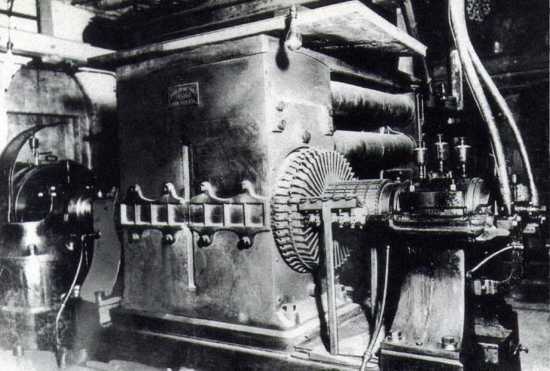 Edison backed out of paying Tesla $50,000 to fix his DC motor – which Tesla did with great ease. He managed to turn an inefficient device into something incredibly efficient that saved Edison all sorts of money (well more than he agreed to pay Tesla). All he said was that Tesla failed to “understand the American sense of humor” (Tesla was a Serbian immigrant). More like he failed to realize how much of a stingy two-timer Edison was. Edison offered to up his pay from $18 a week to all of $25. Tesla, not a moment too soon (but far too many too late), resigned. Thereafter he wound up digging ditches, before starting his own company and accepting investments to do some experiments in his own right. 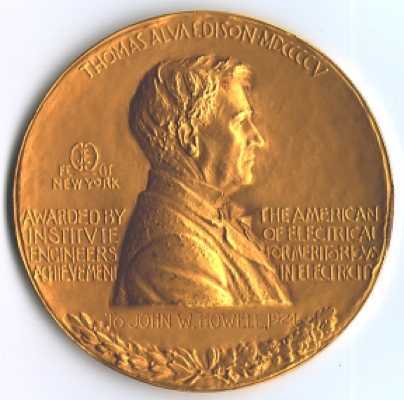 Edison has a Medal Named After Him, Which Tesla Was Awarded. The Edison Medal is presented yearly by a group called IEEE, or the “Institute of Electrical Engineers” (a group of Edison’s friends). It is an outright slap in the face that Edison’s name is paraded by an award in the field (one he is not truly a part of) of which Tesla is an exceptional, shining example. A greater slap in the face still was when Tesla was awarded the Medal in 1916. 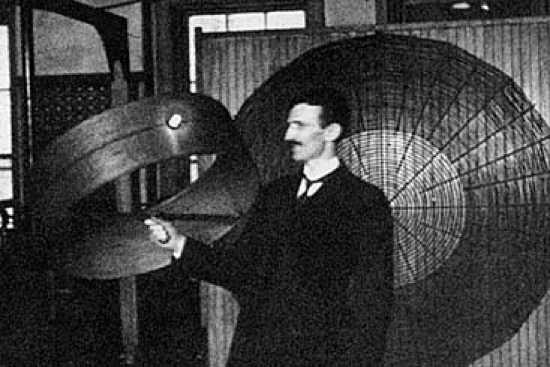 If Edison hadn’t deemed one of Tesla’s most crucial radio wave-based innovations to be “impractical” back during World War I– when he first proposed plans for such–countless lives could have been saved for having the advantage of being able to detect enemy submarines. Of course it would be actualized until decades later. But just to think of what damage Edison’s ego-driven meddling has cost time and again is infuriating. 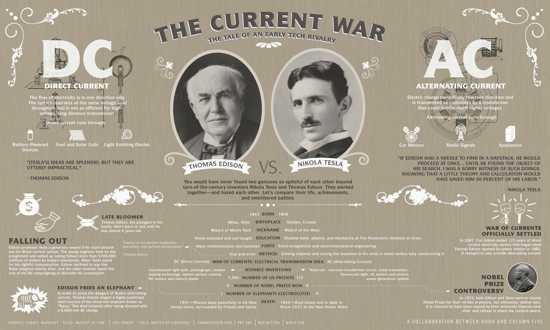 Simply put Edison (with a few other moguls on his side) didn’t want to see Tesla’s Alternate Current succeed, because it posed a (fiscal) threat to the viability of his Direct Current (which Tesla had previously souped up for him). A bitter public battle took place, with George Westinghouse of the Westinghouse Company on Tesla’s side. Edison sought to use spineless scare tactics to convince the public his AC units weren’t safe. In order to “prove” this “fact,” he had a number of animals electrocuted, including a circus elephant (which was to be put to death for killing a some people). Ultimately, Tesla won this “War of Currents,” only because he indeed had the better power mechanism. Although the current of success swept into a place of high regard, he forewent obscene wealth so as to–in a show of unprecedented humility–save the Westinghouse Company (which would have gone broke with the royalty payments). Instead, Tesla made a few grand by just selling his patents outright. To view the full infographic above, go here. 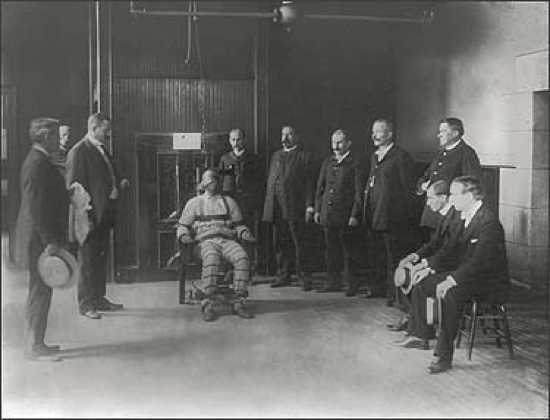 Edison was known for his intimidation tactics (e.g. he used to hire a bunch of goons to smash technology and make sure he got his dues for his patents), but never did it get so bad as with his campaign against Tesla; he went so far as to invent the electric chair, using Tesla’s AC power to have a man on death row execute. The event was gruesome and messy, drawn out. George Westinghouse was quoted to have said, “They would have done better using an axe.” And so the first execution by electric chair took place, just to prove Tesla wrong (and preserve Edison’s financial stakes).

1. Shared Virtually None of His Wealth 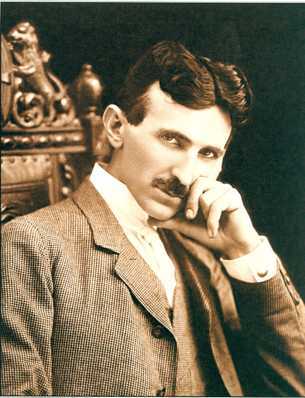 Edison was a wealthy man, and always finding new ways to get wealthier. That meant rushing his crude discoveries and unoriginal devices to the patent office to secure his royalties. While Tesla was largely a one-man technology-synthesizer, Edison had buildings stocked with brilliant engineers and scientists who did all his bidding, while he took the lion’s share of the revenue for himself. Tesla just happened to be one more sucker to get trapped in his greenhouse of genius, where all he need ask for is a few drops of water and sunlight to churn out unrelenting yields.