Horse racing is a sport that relies on fans passing down stories of legends to future generations to maintain popularity. That hasn’t been particularly difficult since the racing world has been inundated with stars that have exceeded all expectations.

Legendary horses aren’t able to just captivate the audiences from around the world, but also forge out legacies that not only impact how they are spoken about, but racing on the whole. But, which stars of the equine will stand the test of time? 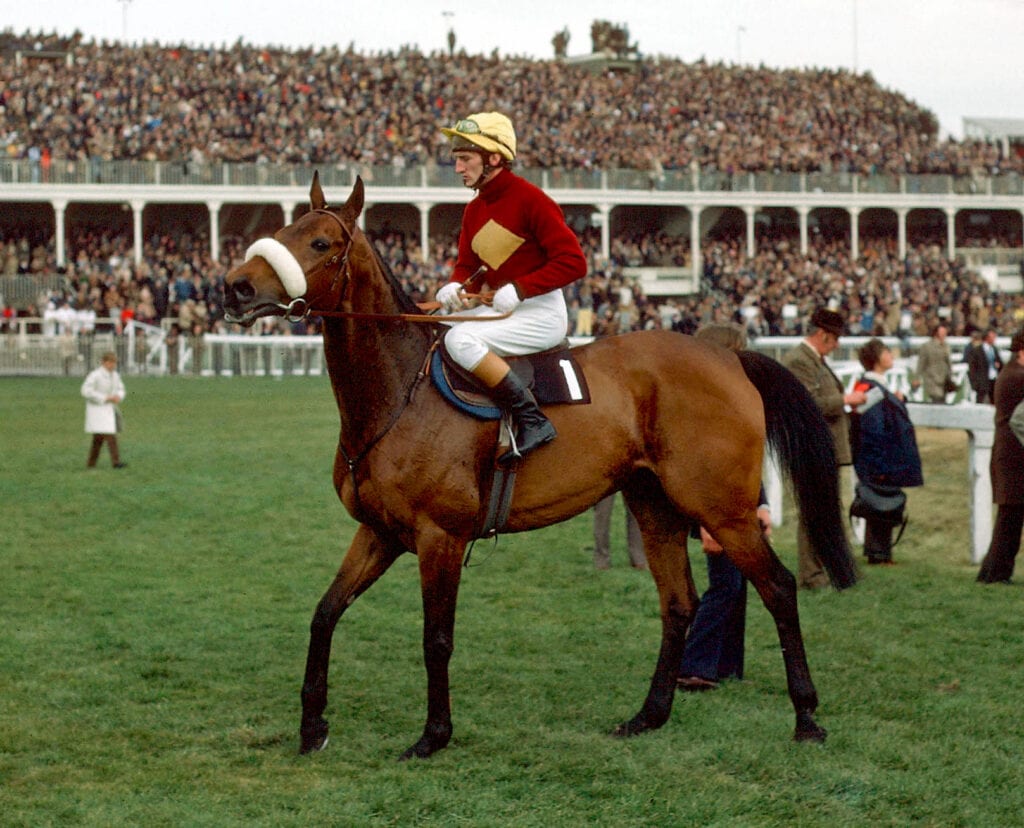 It would be difficult to start anywhere else other than a horse that captivated audiences around the world, and restored the popularity of the Grand National. Nowadays, the Grand National is the biggest race of every year, but that wouldn’t have been the case had it now have been for the success that Red Rum achieved on the track.

The Ginger McCain-trained horse was revered throughout his career for his jumping ability, as he had never fallen despite jumping 100 fences. However, when talking about Red Rum, the main thing that jumps to mind is the historic successes that he achieved at Aintree.

His first Grand National came in 1973, before he quickly followed that up with a successful win the following year. It can’t be downplayed the difficulty of winning two straight Nationals, as only seven horses have only achieved the feat in the race’s 181-year history.

However, it was the 1977 Grand National that catapulted Red Rum to the legend he is today. His chances of success in that race were downplayed by experts, including the jockey that won twice on-board Red Rum in 1973 and 1974.

Though, on that day at Aintree, the Grand National was reborn, as Red Rum claimed an unprecedented third title, which is still revered as one of the greatest moments in the history of sport.

The interest that he restored to the sport was highlighted by the fact that his retirement was on the front page of every newspaper and the lead story on the television. His success remains unrivalled, but his legacy outstretches far beyond what he achieved on the track.

The Bob Baffert-trained horse was dominant on the track, and proved that the Triple Crown could be done given that the hard work and practice was put in.

He remains the only horse to have ever won the Grand Slam of Thoroughbred racing, and it looks incredibly unlikely that any horse will ever be able to match his feats.

The 2015 season was when American Pharoah became a legend, as he started the campaign with victories in the Arkansas Derby and Rebel Stakes on route to the Kentucky Derby.

American Pharoah comfortably won the Kentucky Derby, and then the Preakness Stakes, but the pressure was firmly on the horse when he travelled for the Belmont Stakes.

In a way that only horse racing can, the race captivated audiences, and they sat on the edge of their chair awaiting history to be made. The drama only built as the race progressed, as American Pharoah led from the first second.

There was adulation from every corner of the track when it was announced that he had crossed the line first, but to many, history never looked to be in question. 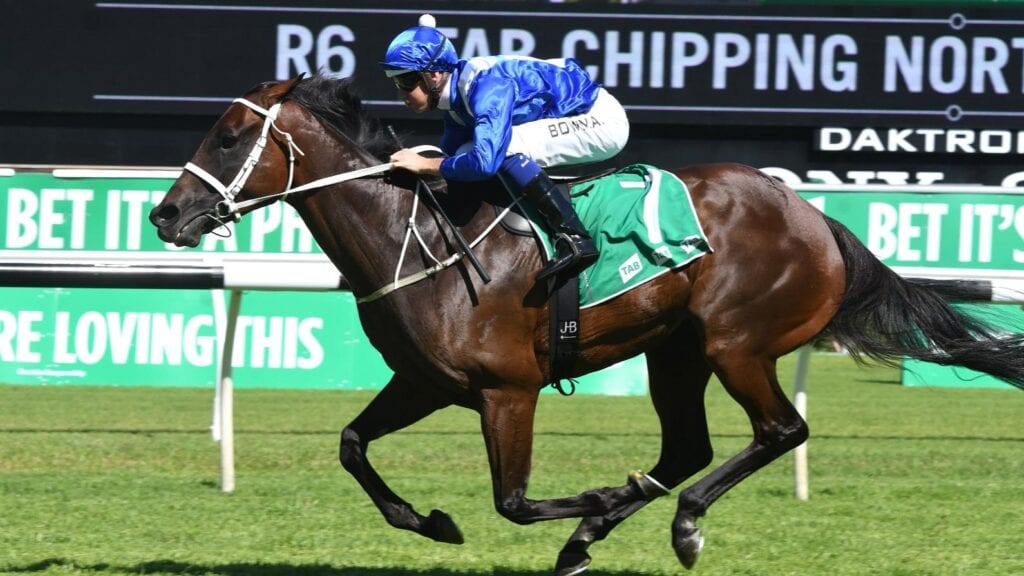 The success that Australian-trained Winx achieved on the track will remain unrivalled for as long as the sport lives.

The Chris Waller-trained horse won everything that there was to win in the world of Australian racing, and is certainly deserving of the tag as one of the best of all-time.

She retired in 2019 after winning 33 straight races. Among the 33 wins on the bounce were 25 straight Grade 1s, which remains a world record.

Her durability was one of the reasons that made her so special, as she was comfortable over a range of distances. She was ranked as the world’s best filly or mare from 2016 until her retirement and was one of just three horses inducted into the Australian Racing Hall of Fame while still in training. Throughout her career, her success was clear from examining the prize money that she won, which amassed over AUD26 million.

Winx’s list of winning races defies belief, as she won four W.S. Cox Plates, three Apollo Stakes, four Chipping Norton Stakes and the Warwick Stakes on three occasions. Her greatest performances were always saved for the Queen Elizabeth Stakes, which she won on three occasions. Her last run came during that Grade 1 in April 2019, as she graces Randwick for a final time. 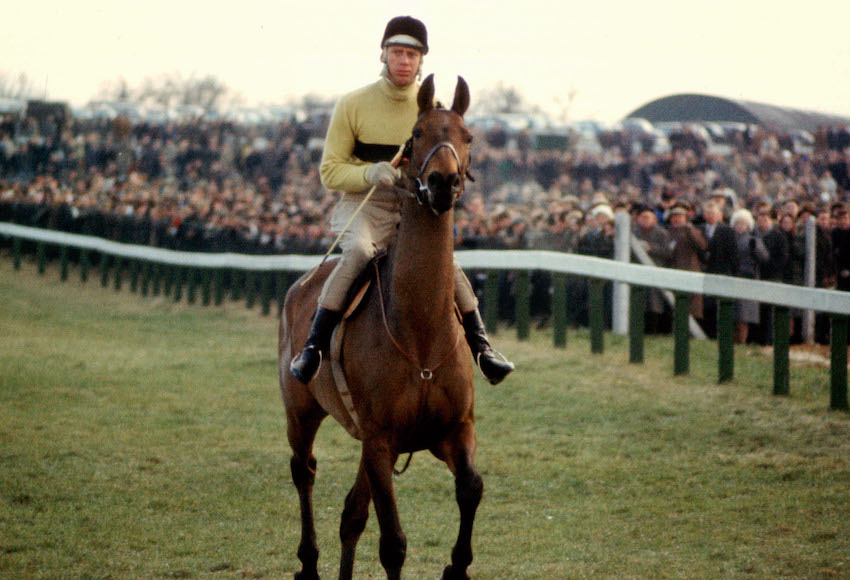 National Hunt racing in the United Kingdom possibly gets overlooked in favour of the money available on the flat. But, one horse that is unquestionably one of the most talented to ever grace any track is Arkle.

The Irish-trained horse remains the horse to have achieved the highest ever Timeform rating for a steeplechaser, with no other horse able to get near his rating of 210.

Throughout his career, he captivated fans throughout the season, but it was his performances at the Cheltenham Festival that saw him earn a place in the hearts of every individual associated with the sport.

His most significant successes came in the Gold Cup, which he won three years on the bounce. Arkle’s first success in the blue ribbon event came in 1964, before further success followed in 1965 and 1966.

His ability to perform over all distances and conditions meant that he was able to add King George, Irish Grand National and SGB Handicap Chase success to his collection too.

Injury meant that his career was cut short in the end, as he was put down aged just 13. Still, his place in the hearts of racing fans remains, and he was immortalised with a statue in County Meath, while various races are now named after the legendary horse.

Here you have it, 4 horses that will keep their legacy throughout the years. If you enjoy horse racing, make sure to click here and check out TwinSpires special bonuses.

Finding the Right Spanish Translation Company to Localize Your Website

Does Car Warranty Cover All My Expenses? What If It’s A lemon?