The Danube Valley civilization is one of the oldest civilizations known in Europe. It existed between 5,500 and 3,500 BC in the Balkans and covered a vast area, in what is now Northern Greece to Slovakia (South to North), and Croatia to Romania (West to East).

During the height of the Danube Valley civilization, it played an important role in south-eastern Europe through the development of copper tools, a writing system, advanced architecture, including two-story houses, and the construction of furniture, such as chairs and tables, all of which occurred while most of Europe was in the middle of the Stone Age.

They developed skills such as spinning, weaving, leather processing, clothes manufacturing, and manipulated wood, clay and stone and they invented the wheel. They had an economic, religious and social structure.

One of the more intriguing and hotly debated aspects of the Danube Valley civilization is their supposed written language.

If this theory is correct, it would make the script the oldest written language ever found, predating the Sumerian writings in Mesopotamia, and possibly even the Dispilio Tablet, which has been dated 5260 BC. 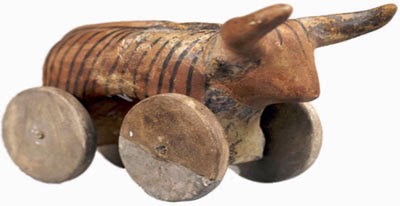 Harald Haarmann, a German linguistic and cultural scientist, currently vice-president of the Institute of Archaeomythology, and leading specialist in ancient scripts and ancient languages, firmly supports the view that the Danube script is the oldest writing in the world.

The tablets that were found are dated to 5,500 BC, and the glyphs on the tablets, according to Haarmann, are a form of the language yet to be deciphered.

The symbols, which are also called Vinca symbols, have been found in multiple archaeological sites throughout the Danube Valley areas, inscribed on pottery, figurines, spindles and other clay artifacts. 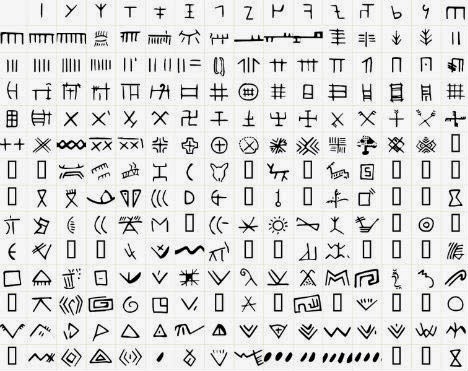 The implications are huge. It could mean that the Danube Valley Civilization predates all other known civilizations today. Evidence also comes from thousands of artifacts that have been found, such as the odd-looking figure displayed below. 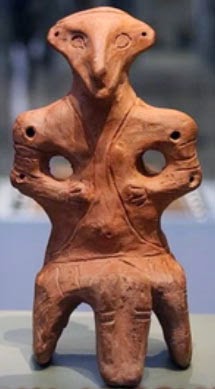 However, the majority of Mesopotamian scholars reject Haarmann’s proposal, suggesting that the symbols on the tablets are just decoration. This is despite the fact that there are approximately 700 different characters, around the same number of symbols used in Egyptian hieroglyphs.

It appears that this is another case of a theory based on solid research being outright rejected without appropriate consideration. Could this be because it conflicts with the accepted view of which nation holds claim to the ‘first civilization’?

At the very least, Haarmann’s proposal deserves further research and serious analysis in order to confirm whether this is indeed the oldest known written language in the world.