Are you envious of the big brands whose tweets are displayed in a nifty carousel under their Twitter accounts on page one of Google’s search results?

When you’re attempting to capture a lot of space for your name in the search results as a way to offset negative reviews or content that may not be complimentary, Twitter can offer a rapid increase in the real estate you command on page one.

Would you like to dominate and generate the same exposure? Continue reading, because Google-featured tweets are within your reach.

Regardless of whether you are attempting to remove negative content or trying to better develop your online brand identity and actively manage your reputation, Twitter is among the most effective tools you have available.

A recent study suggested 30 out of the top 50 brand names globally have their Twitter account pages appearing on page one for their name searches in Google.

This is fantastic news for companies as well as individuals. When you dictate what’s on the first page in Google, that’s one less location where negativity can show up.

It is also ideal from the viewpoint of offering a customer service tool in addition to a brand-building and promotional tool.

A carousel of tweets can be extremely eye-catching and takes up a substantial amount of vertical space on the results page. A handful of companies, such as ThinkGeek and Whole Foods, like having their name searches summon the featured tweet carousel repeatedly.

But rest assured — the tweet carousel is not an exclusive domain of bigger, super-famous companies.

Talented web-based digital agencies, such as New York-based MAXBURST, are capitalizing on the benefits of acquiring a tweet carousel.

How to land your own carousel

Similarly, having massive numbers of followers is not especially vital, either, although a minimum number of links to the Twitter profile is needed and is more easily accomplished with a broader number of followers.

The real key is this: You must tweet on a regular basis, and you need to routinely have other Twitter users engage with your tweets.

Naturally, there are some techniques that can assist. Below are 10 simple tips to help get your tweets displaying on Google.

1. Generate a few hundred followers at a minimum.

Yes, we stated that the number of followers was not a fundamental requirement for landing a carousel, but you do need people engaging with your tweets, and if you have zero followers, it will be more difficult to obtain any interactions. You can gain followers by following accounts that tweet about things you enjoy, return-following others who follow you, and engaging with others’ tweets. Yes, this is a bit time-consuming, but ultimately, it’s very rewarding.

We said this was one of the chief factors, and we can’t stress it enough. You cannot just tweet in large waves and then fail to tweet again for days and months. The carousel of tweets has a recency element within its algorithm, so if you acquire the carousel but hold off tweeting for a period of time, it will disappear again. Aim to tweet several times a day, generally within business hours, when there’s a greater probability that individuals will view and engage with your tweets.

In other words, you need people to occasionally engage with your account’s tweets. This won’t happen if you just tweet out content strictly related to your business, like sales announcements, for example.

You will need to embrace the habit of tweeting things of interest to your audience, responding to items others have tweeted, and including some of the most exciting things happening outside your company.
Engagement means interaction. Of course, this doesn’t mean you need to distance yourself from your audience and simply tweet announcements and links to your blog.

Engagement also means holding conversations with different Twitter users and businesses. If you remain strictly focused on yourself and your organization, you will not be interacting with the community, and the community won’t engage with your tweets.

Observe what works for your Twitter audience, and adjust to posting items that achieve more likes, retweets (RT), and replies. Items of a comical nature can frequently accomplish this, but oftentimes adopting a position on a controversial topic can draw interactions as well. Also, don’t hesitate to ask people to RT or “like” a tweet, but don’t overdo it. Asking people to interact can appear excessively self-serving and can potentially alienate your audience.

Interacting with people who are enthusiastic about certain topics can accelerate getting tweet interactions. Search for the trendiest hashtags that Twitter is displaying for any given day and see if you have anything to state about the topic. Concerts, conferences, and sporting games regularly have custom hashtags for those who wish to talk about items related to the event, and if you are participating with respect to those events, you can quickly get interactions with others posting on the same hashtags.

Some kinds of content draw interactions like magnets. Individuals tend to interact far more with a tweet containing compelling images, videos GIFs, and amusing memes. In fact, Buffer, a developer of social media management apps, concluded that sharing images on Twitter boosts retweets by 150%. Incorporating a large image with a brief summary of text on Twitter is more visually enticing than a text-only post. As a matter of fact, research indicates that users engaged at a 5X higher rate when an image was attached.

While some social media gurus have been hesitant about attaching “bits and bobs” to tweets, if used sensibly, emojis can improve the users’ experience, help attract eyes to your tweets and boost engagement. Twitter’s official blog has suggested incorporating emojis to enhance engagement.

A quick way of acquiring a lot of likes and RTs is to tweet something amusing that piggybacks off another Twitter account or a popular event. One popular example was when the lights went out in Super Bowl XLVII, and the Oreo cookie account posted a graphic with the declaration, “You can still dunk in the dark.”

Obviously, humor isn’t necessary for all brands, and most companies have a difficult time pulling it off. So, one should move forward with caution. If you are not strongly familiar with the world of social media, you should refrain from attempting it, or else you risk damaging your reputation. However, when you have a solid grasp on what you’re doing, and you can assess the impact of your humor, it can be effective at quickly gaining a multitude of interactions.

We’ve underscored the need to tweet consistently, but there also seems to be a favorable benefit for achieving the Twitter carousel through tweeting regularly. Strive to tweet daily and tweet several times per day. If your audience is largely businesspeople, then you should post tweets mainly on weekdays.

You can schedule tweets ahead of time using a variety of management tools, so consequently, you don’t need to be everywhere on Twitter. Nonetheless, you may discover that if you load the app on your phone, it is simple enough to pause at different moments throughout your day and interact briefly on Twitter.

It isn’t difficult to land the Twitter carousel in Google search results, but it will take some work to maintain it, but doing so is certainly in your best interest.

Tweet carousels offer you considerable space on the search results page to represent yourself and build a credible, reputable, and remarkable identity. For many companies and individuals, this can be a helpful tool in your arsenal of online brand-building and identity resources.

How to Make Sure Your Aqua Shoes Are the Right Fit

How to Measure and Install a Motorcycle Windshield Like a Pro? 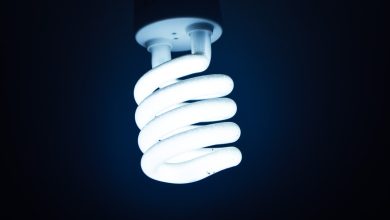 Filament LED vs. Normal LED: Which One to Choose? 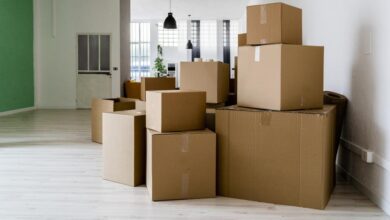 What Do Most Moving Companies Charge per Hour?