During the late nineteenth and early twentieth centuries, both Japan and China attempted to reform the economy and were pressured to open trade by the Western world. However, the state’s response to westernization and modernization strengthened Japan’s economic power while weakening China’s economic power.

In this article we will mention the following topics:

Without further ado, let’s move into history of these great countries.

Both Japan and China’s state attempted to reform their struggling economy. Due to previously occurring issues in the Tokugawa government, which included: inflation, increased taxes, the cut salaries of the samurai that led to the borrowing of money, and unmodern military and pressures of the West, Japan attempted to improve their economy.

Though many Japanese were against the state’s modernization due to intense dislike towards Westerners, the Tokugawa government modernized, trying to get itself out of the crisis. To do this, they increased shipbuilding industries and promoted manufacturing, which brought in the capital.

Work conditions in the early factories were terrible when people used to work shifts and overtime. Learn more about shift hours here.

However, to develop socialist and liberal movements were suppressed.

Overall, Tokugawa’s effort to save the economy did not work due to the modernization opposition but was again attempted to reform during the Meiji period.

Governmental changes made to try to improve the economy included advisors from the West to give insight on westernization, using their own tax money instead of taking foreign loans to avoid the western middleman by taking ownership of textile, steel, mining companies and promoting state capitalism.

After the Opium Wars and the Arrow War, China’s economy was left damaged because they were forced to pay for the wars and were inferior to the military powers of the Europeans.

During the Taiping Rebellion, Hong wanted to strengthen China through equality in distributing goods, communal property, and Chinese nationalism. However, it was unsuccessful.

After that, by attempting to reform their struggling economy, the Chinese tried to incorporate themselves into the world market, eliminating the traditional economy but forcing it to grow and had foreign involvement from Europe.

Japan and China’s state role in the economy were similar because they were both pressured by the Western world to open their trade. In Japan, the U.S. threatened to open up trade ports.

The U.S. wanted them to open up trade ports to protect American sailors shipwrecked in Japan, provide a stop for water and coal on the way to China, and overall expand their market.

They threatened Japan with their superior naval force and provided a letter from the president demanding a treaty. They accepted the treaty that opened up trade ports for the U.S., which led to signing treaties to open ports up to other nations.

This compromise with the U.S. government resulted in the people thinking the Shogun were weak, which led to the Boshin War and Tokugawa being overthrown.

Much like the Americans with the Japanese, after the Opium War, China was forced by the British and their superior military power to open up five new trade ports.

Continuing this pattern, after the Chinese lost the Arrow War, they again were forced to open up more trade ports to the French and British.

Then the West started funding the Qing, which led to unequal treaties that pressured China into the world market. The West controlled most of China’s industries and eliminated the traditional economy.

5. The Impacts of Westernization and Modernization In Japanese and Chinese Economies

The response to the westernization and modernization of the state strengthened Japan’s economy and weakened China’s economy. During the Meiji Restoration, Japan was modernized and westernized.

The Meiji modernized the political system, which benefited the economy by using their own taxes and no longer taking loans. After observing world events, they also modernized their military, which aided their economy because they figured out that military power equals success.

Economic independence was newly thought of as patriotic, which boosted Japan’s economic drive.

When Hong Xiuquan ordered new government reforms, it weakened the government, weakening the economy and leading to the West manipulating their economy.

This western control led to the loss of their traditional economy. Another attempt of westernization was the Hundred Day Reform but was diminished by Empress Dowager Cixi. Also, the Boxer Rebellion further pushed away westernization in China and resulted in the government having to pay $330 million in reparations.

Overall, China’s close-mindedness towards westernization and modernization weakened its economy because of the lack of a modern economy and the expenses of preserving the traditional economy.

Overall, the state’s role in economic development was similar for both Japan and China because they both attempted to reform their government, though one was more successful than the other.

Also, they were both pressured by the West to open ports and expand trade. Lastly, the state’s role in economic development was different between Japan and China in how they responded to Westernization and modernization.

After centuries, both countries have faced different situations and have been in world wars that changed their countries’ face and their beliefs. China suffered years of oppression of the Japanese government during the second world war and moved to communist control in the ’50s. Currently, the power of both economies s is notable. Japan had increased its influence with the United States’ support post-war and reached its peak during the ’80s, with an outstanding industry, innovation, and quality.

On the other hand, China became the world’s factory and now increases its brands and influence across the globe with solid innovation and education. 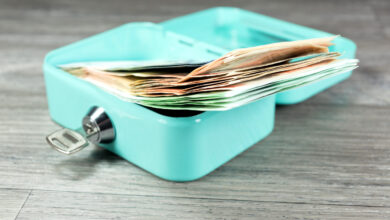 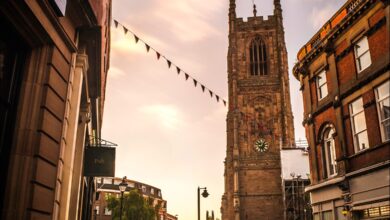 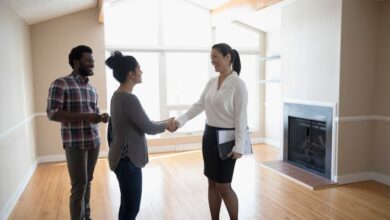 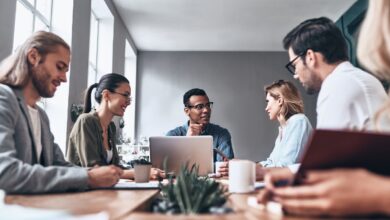