As soon as Epic Games began teasing an upcoming Uncharted collaboration by sending content creators treasure maps, the community immediately jumped into the case and solved the riddle with gusto. That’s right – the Fortnite Uncharted skins, the ones that we’ve been hearing so much about these days, are now live! The Uncharted collaboration launched on February 17 and the skins are based on the Naughty Dog games and the new movie coming to theaters. The cosmetics include alternate styles for Nathan Drake and Chloe Frazer, capturing both their movie and game likeness. Along with that, a new in-game item, Drake’s Map, was also released the following morning after the skins. Drake’s Map acts like the Chapter 1 treasure maps that you might remember (if you were playing Fortnite since way back), leading players on a hunt for buried “treasure”, which in the battle royale means excellent loot! The skins can be purchased on the Fortnite Item Shop, while this “treasure” that we speak of can only be found while playing the game.

Since the movie and game likenesses for Nathan Drake and Chloe Frazer come in different styles (not different skins), that means anyone who buys either version of either hero will get instant access to both of them – that’s essentially having two skins for the price of one! In Fortnite fashion, there’ll be bundles that include both Outfits and all the extra accessories. Here’s all you can expect in the Fortnite Item Shop:

If you want to get the full experience, the Uncharted bundle – with both skins and extra cosmetics – will cost you 2,500 V-Bucks.

It’s crazy how players solved the puzzle surrounding this reveal so quickly despite Epic not even having a trailer available yet when they got past the password-protected barrier on the website. Although to be fair, “sicparvismagna” is the most obvious password you could try if you’ve ever played the Uncharted games.

Drake’s Map has been distributed around the island as part of the latest crossover with the Uncharted series. This isn’t the first time we’ve been able to hunt for buried treasure in Fortnite but considering that those previous digs took place three years ago, you’d be forgiven for not knowing that this has happened before. To collect treasure using Drake’s Map, you need to get your hands on the navigation document then use it to track down the hidden booty.

Since Drake’s Map has now entered the standard loot pool, there won’t be any specific locations where you can guarantee to find one in every match. Just keep searching for Supply Drops, Chests, and search for floor loot until you spot one of the distinctive map items. If you’re already at full capacity, you’ll need to ditch an item or weapon to pick up Drake’s Map since it takes up one of the slots in your inventory.

Once you’ve found Drake’s Map, you can select the item in your inventory to project a dotted line onto the island that leads toward a location where you can collect treasure. If you’ve used vault keywords or treasure maps beforehand, then this mechanic should already be familiar to you. From there, a glowing beam of light will shine up from the location to help you identify it from a distance. Follow the directions provided by equipping the map until you reach your destination. When you’re there, you should discover a glowing marker on the ground that has a large X on it. To collect the treasure, just hit the marked area repeatedly until you unearth a gleaming chest, then search it to receive the goodies. Usually, two Legendary weapons will pop out of the chest, but up to four can come out. There’ll also be ammo, gold, materials, and a few healing items, making it worth your time to find the buried treasure.

Fortnite is no stranger to crossover events and capitalizing on other franchise’s popularity to boost the game’s own profile; the Marshmello concert comes to mind. It’s clear that Epic is investing a lot of money and effort into building Fortnite up as a cultural touchstone and a veritable virtual event space. Not content with remaining a game Fortnite wants to dominate the conversation, this has resulted in a seemingly endless procession of crossovers. No doubt Uncharted fans are excited at the inclusion of Nathan Drake in the game, and this is a more natural fit than any of the more arcane crossovers over the years, such as Naruto or Teenage Mutant Ninja Turtles. As far as Epic is concerned this is one of the less bizarre inclusions they’ve come up.

It must be said that this is a meaty collaboration are dedicated fans must be happy that Uncharted: Lost Legacy, a hidden gem that wasn’t as popular as the mainline games wasn’t forgotten and that a Chloe Fraser skin is available. Whatever their reasons for working with Insomniac, players will have plenty of fun gliding around on Sully’s Sea Plane and can pretend that they’re in South America hunting for treasure, which, with the pickaxe, they can come close to doing.

It’s not confirmed until when the Uncharted-themed skins and accessories will be available in the Fortnite Item Shop | PlayerAuctions, so make sure to snag them with your Fortnite account before Epic decides to vault them! Adding Drake’s Map was a nice touch; it’s been years since we’ve had a treasure map in the battle royale again, and the best part is, the effort to get them is worth it! What are your thoughts about the Uncharted and Fortnite collaboration? Let us know down below! 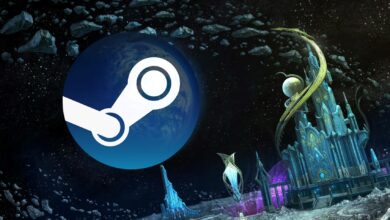 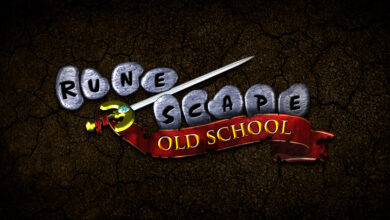