With little ceremony the stone, that was only recently inserted in the top corner of the slab with the English text on the Georgia Guide Stones, was removed again. Supposedly ‘unauthorized’, thrown down and cut to pieces. I believe however that there is a purpose to all of this as well as to the seemingly amateuristic video that showed the whole thing. Whoever filmed it made sure that we could see every side. One of the first things that catches the attention is the fact that there are other inscriptions apart from the 20 and 14 that were initially visible.

We also find the numbers 8 and 16 as well as the letter combinations MM and JAM. Before we could only read the year 2014, now if decoded, we can find an exact date.

The cube was tossed down like a dice and this brought me to the idea of understanding the code. A characteristic of a dice is that the dots on opposite sides always add up to seven; 5 + 2, 3 + 4 and 6 +1.

Likewise it is the opposite sides that match up in the ‘2014-Cube’:

If we assume that the MM side is the top and we view it from that side we can display the four adjacent sides around it. This is the diagram we use:

Now we simply add the numbers in the opposite sides:

This is easy, letters are numbered according to the alphabet (A=1, B=2, etc.) Thus:

I am not going to speculate what could happen on that date, but it is likely that it has everything to do with the (start of the) ’New World Order plan’ as laid out on the Guide Stones. This is driven by dark forces and one of the things they need to do for their events to become rituals is ‘reveal’ them in advance (lesser magic). All this might very well be part of this lesser magic. The occult uses numerology often and this goes into extremes. Here we see that there is much more to the coding than that which is shown above:

In the following diagram I have added the numbers in the neighboring sides and written the result in the squares on the respective corners. Again I’ve added the single digits and written those results in the circles. For example the 34 on the top right corner is the sum of 14 and 20. The digits 3 and 4 add up to 7:

Now we add the opposites again, but in this case diagonally (the numbers in the circles). So the 6 and 7 add up to 13. The 4 and 9 also add up to 13. The two times 13 are represented by the M and M thus showing a perfect relation between all the numbers. You might explain this away as coincidence, but I’ll show you that the very same applies to the bottom side.

Since this is the reverse side, we have to use a reverse method so we will subtract instead of add. And we don’t add single digits but we split up.

I believe the removal of the stone was very well planned as well as the filming of it. It seems almost ridiculous the way it was removed, thrown down and then cut to pieces and divided among the bystanders. The latter by the way seemed to be completely uninterested in the meaning and origin of the cube. Unrealistic. The ignorant ‘sheeple’ the controlling ‘elite’ so much desires. Just a side note: the man who removed the stone asks “who wants a chip?”, this could be interpreted otherwise and may be a hint to the implantable chip which the people will probably wish for just as eagerly.

The man acts as a literally mason with his hammer, but most likely shows symbolically who is behind all this. Let’s also not forget that the cube has the inscription MM (Master Mason). He is also kneeling on his left knee. An unnatural position for someone who is right-handed and has the stone he is chiseling in front of his foot. However it is the exact position an entered apprentice has when taking the Masonic oath. The right leg forming the square and the left hand supporting the Bible (in this case represented by the stone).

The stone was never meant to be there for a long time, just long enough to get our attention. No glue or cement had been applied, of which the man who removed the stone apparently was very well aware. He went up the ladder without tools and without hesitation lifted the stone out right away. He stated that it was unauthorized. He also mentions in the video that, quote: “we have the original piece”. Showing that he was very well aware (or present at) the removal of this original piece (and possible placing of the ‘unauthorized cornerstone’).

Seems to be a very well-orchestrated symbolic repetition of the rejection of the cornerstone:

“The stone that the builders rejected has become the cornerstone,” (Ps 118:22 / 1 Peter 2:7). Even in some Bible translations this cornerstone has been replaced. The New International Version (NIV) renders the above verse as follows: “The stone the builders rejected has become the capstone” (emphasis added). Hasn’t this been the plan all along of the secret societies, inspired by Satan himself. To dethrone Jesus Christ, the cornerstone, and replace him with the antichrist, the capstone. 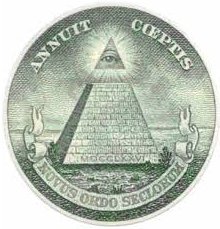 Heads up for the 3rd of October and above all, let’s keep our eyes and hearts on the true Stone. After all He will have the last word:

“Thou sawest till that a stone was cut out without hands, which smote the image upon his feet that were of iron and clay, and brake them to pieces.
… and the stone that smote the image became a great mountain, and filled the whole earth.”
(Daniel 2:34, 35b)