Wonderful African continent and mystical Kenya! Tanzania in its neighborhood and the Indian Ocean sweeping the Kenyan coast are just one of the reasons why tourists from all over the world admire this unusual country in Africa. Traveling to Kenya is at the top of many travelers’ lists for a reason.

Kenya offers a variety of experiences – from savannas full of wildlife and exploring different cultures to dynamic urban environments. However, the rich offer leaves room for a trip to Kenya to become an organizational nightmare – unless you have a good plan. If you’re thinking of going to this country, read on for some tips that every traveler should consider before heading there – how to pack wisely, how to choose from the myriad of activities on offer, and how to navigate through the exciting main city, Nairobi.

Best Time To Travel To Kenya

Kenya is a country cut by the equator into two equal parts and the tropical climate rules here. Please note that not every time of the year is advisable for travel. Moisture and heat can be expected in the coastal area. On the other hand, the rainy season usually lasts from October to December and from April to June.

Although the temperature is comfortable throughout the year, averaging 20 to 25 degrees Celsius – the tourist season in Kenya is in the winter months of January and February. Therefore, it is the best part of the year to travel to this exotic country. During this period, wild animals also gather around the water and it is easiest to see them in their natural environment.

Organizing A Trip To Kenya

The trip to Kenya should be thoroughly organized. You must prepare well for the journey, especially if you decide to travel on your own. Traveling to Kenya also requires a visa obtained at diplomatic missions or consular posts or through specialized websites.

There are three types of visas when traveling to this country, which are tourist, transit or business visas. If you are not skilled with the paperwork, logging in through the website is the best solution. To learn more about the complete application process and procedures, click here. This kind of service will allow you to find out everything you are interested in, but also to apply for a Kenyan visa more easily. The service provided by specialized agencies will greatly assist you in collecting and submitting all the administrative documentation you may need.

Also obtaining International driver’s license is also a need when traveling abroad. Internationaldrivesassociation.com is here for you so that you can drive your own car and have worry-free travel in this world’s second largest continent.

Nairobi is one of the most modern cities in Africa where you will come across skyscrapers and tall modern buildings, but also beautiful parks and lots of greenery. It is the commercial center of Kenya. Many famous artists have lived in Nairobi and were fascinated by Kenya, and certainly the most notable is Ernest Hemingway.

Nairobi is located in southern Kenya along the border with Tanzania where most of the population is concentrated. The city is located at a high altitude, which makes the climate more pleasant than in other parts of Kenya. In Nairobi, there is the Jomo Kenyatta Airport, which bears the name of Kenya’s first president since independence.

In the site of present-day Nairobi, there was once a railway junction which was built by the British. Even today, rail is the main form of traffic in Nairobi, and besides rail, they also use “matatu” – a van that can fit 12 people.

Mombasa – A City On The Coast Of The Indian Ocean

Kenya’s second-largest city Mombasa is located on the coast of the magnificent Indian Ocean. Right here you can swim on the beautiful sandy beaches of the ocean, and enjoy many bars and restaurants on the shores. However, Mombasa is a predominantly poor city. It is also the largest port of the country and as such has great importance for East Africa.

Although quite poor, this city is extremely busy and famous for its trade and visually appealing markets. The proximity to the national parks that make Kenya famous all over the world and access to the ocean – make this city particularly interesting for visitors.

Wildlife and rich vegetation bring a huge number of tourists to this country. Kenya abounds in nature’s beauty and national parks and each is inspirational in their way. The most famous safari national park is the Masai Mara. It is probably the most famous national park in the world bordering the also famous Serengeti National Park in neighboring Tanzania.

Certainly one of the oldest and most beautiful parks is Aberdare because it is very lively inhabited by wild exotic animals. Nakuru National Park, located on the shores of the small lake of the same name, is the habitat of Flamingo birds.

The only place in the world where you can have breakfast while a giraffe pushes its head through the window to wish you good morning – is the Giraffe Manor. This Nairobi hotel is located on the southern edge of the city, at the beginning of Nairobi National Park. Although an exclusive boutique hotel with 12 luxuriously appointed rooms, Menor is not a typical resort with a fitness center or swimming pool.

It is a renovated villa from the 1930s that is still family-owned, despite being part of a hotel group. Twice during the day, guests of this small hotel can hang out with giraffes. In the morning, during breakfast and afternoon tea, giraffes roam the hotel terrace between the dining tables and often prefer to peek inside, sticking their heads out through the open windows or doors, seeking for treats from the delighted guests.

The fact is that countries like Kenya are pure exotics for the average tourist. They can enjoy the beautiful beaches, the safari, but also the luxury of hotels like Giraffe Manor. Of course, celebrities couldn’t resist the trend of visiting Kenya as well. Many celebrities have talked about their travels in Kenya, and many returns there from time to time. However, among the most famous travelers and greatest lovers of this country, we have noted a few.

Queen Elizabeth is ranked sixth in terms of length in the history of the world and is certainly in first place in England. Since she first traveled to Kenya on an official visit, a series of business trips have begun, and since then the Queen of the UK has visited more than 120 countries. Yet even before that, Kenya had a special meaning and place in the heart of Queen Elizabeth.

In February 1952, shortly after the wedding, the then princess, and today Queen Elizabeth and the Duke of Edinburgh, were spending their honeymoon in Kenya when the news of the death of her beloved father came to them. Elizabeth knew what that meant – the princess became queen overnight. On the other hand, this seems like a favorite destination for the British royal family since it was here that almost 6 decades later Prince William proposed to Kate Middleton on the slopes of Kenya in Rutundu.

Although he didn’t come for the safari, Mark Zuckerberg carries the trip to Kenya in a beautiful memory. Specifically, he made a surprise visit to Nairobi in 2016 where he met with the IT developers and entrepreneurs. The meeting was held on the topic of mobile money – an industry in which Kenya is a world leader.

The actress who gained worldwide fame by starring in the Sex and the City adopted a baby elephant from Kenya. Kristin Davis is known as one of the Hollywood stars who advocate for the protection of animals around the world, and the baby elephant she adopted was abandoned in the wilderness of Kenya. The baby elephant has been abandoned and if it hasn’t been placed in the reserve it would’ve probably died. The famous actress is bearing the full cost of caring for the little elephant and she is also a sponsor of David Sheldrick Wildlife Trust.

Billionaire Richard Branson never indulges in what he does not like. He does only what pleases him and causes the admiration of the people around him. And the project of this extravagant businessman is an eco-friendly safari hotel in Kenya. The Mahali Mzuri Safari Camp is something between an elegant four-star hotel and a nature camp. In terms of comfort, this place is no different than other 4-star hotels, but at the same time, the buildings and huge tents are made of environmentally friendly materials. 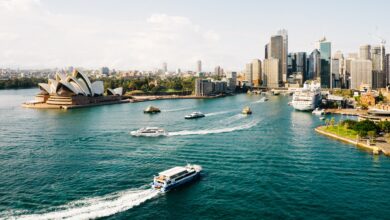 Solo Travel Australia: Top Things to Do Alone in Australia 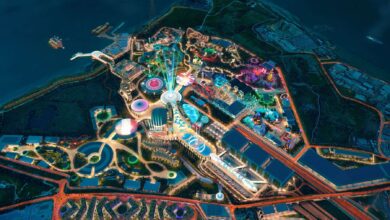 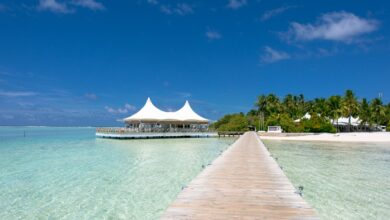 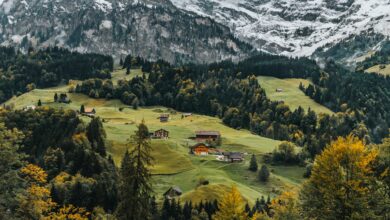