On a Stag Do the element of surprise is a key part of putting the Stag in, often humiliating circumstances, it’s similar to an initiation ceremony for new comers or first timers in all human endeavours. A Stag Do will take this to extreme levels at times and there are plenty of wicked activities available in Krakow to highlight the future groom’s new era as a respected married man.

Set the tone of your event as soon as you land with the Strip Party Bus airport transfer. Here’s how it can work, a Guide meets you at arrivals and escorts you to the waiting luxury Party Bus which is a dance club on wheels with bars and dance poles, drinks served and music blaring the party mood is up and running. On the way to your accommodation, the organiser tells the driver to stop and pick up a hitch-hiker which when onboard reveals herself to be the Strip Artist by buttering up the Stag and then bursting into her show with full attention on the Stag. You could also spice this up with an extra Stripper or go for full humiliation mode by adding the “Beauty & The Beast Show”.

This is wicked as the curvy ‘n sexy stripper handcuffs the Stag to the dance pole then blindfolds him, and yep, that’s right the Beast or Big Bertha Roly Poly takes over, of course, the Stag begins to realise something is now different, he still has the image of a super-hot stripper in his mind and the look on his face when Big bertha removes the blindfold near the end is absolutely priceless.

To get over the shock more drinks are required. To kick off your first evening the splendid Oil Wrestling & Vodka Tasting is a truly wicked activity for the entire group. The vodka shots are presented with drinking snacks to keep you lucid enough for the ensuing Fighter Stripper Show. The Stag group organiser for better effect will not reveal to the Stag that he will join the oiled up girls in the ring for the last hot ‘n steamy round and brings back up clothing for the Stag post-mauling and subsequent humiliating submission to the very experienced Fighter Strippers much to the delight of those spectating and some wishing they were in the ring too!.

The party atmosphere is buzzing and off you go with your Guide for the all essential Guided Pub Crawl, apart from visiting Krakow’s most ‘in’ and trendy pubs you can insert some extra services for the Stag such as the Dwarf! The Dwarf will handcuff herself/himself to the Stag and obviously has to go everywhere with him including a bathroom break and she will animate any phone calls he receives regardless of who it may be.

The morning after the first night a brilliant and surprising activity is the Sexy Housemaid or Angry Manageress stunt. The main man is blissfully asleep but the organiser has arranged a special visit by a Strip Artist posing as a member of staff. Naturally, the man still under the effects of the previous night and being woken up is totally confused and flabbergasted when this member of staff begins her act. The group charges in at some point to get a snapshot which can be quite embarrassing for the unsuspecting husband to be.

One of the most exciting and adrenaline pumped activities to try out in the day time, preferably after lunch as you will need a clear head if you went out the night before, is the sensational:

AK 47 Kalashnikov Shooting, this iconic Soviet automatic machine gun is a household name in terms of popularity in the gun world and used all over the world since 1948. Firing of a string of rounds with this assault rifle will enable you to cross it off your bucket list if you have one. However, the AK 47 Shooting package includes other well-known guns to test your marksmanship which include a 38 Revolver, a popular handgun used by USA Police and for personal protection as a carry & conceal a weapon. A Glock 19 semi-automatic pistol of Austrian manufacture, a Polish UZI machine gun and a pump action shotgun just like you see in the movies. All in all a few hours spent at the range with a Kalashnikov Shooting Package will set you up for the day and evening to come. The Stag will reflect on the shooting range experience in the years to come especially where the mother-in-law is concerned according to popular myth.

Although a Stag Party centres on the person to be married everybody wants to have a good time and enjoy the celebrations and not always with alcohol overload. So, another great day time activity is e.g.:

Off-Road 4×4 Car Driving, yes, the specially constructed off-road tracks provide another high-octane few hours with your fellow partygoers. The course can be quite challenging, you drive with an instructor and 2 group members taking in turns driving and admiring the scenery or the mishaps. Similar to this is the Quad Biking which is also a huge favourite and the designated course becomes a Snowmobiling event in the winter season. To conclude wicked ideas for the event is the Steak & Tits stag dinner as you have to eat during the weekend chaos. This activity as you can imagine combines replenishing the body whilst watching one. Steak, beer, vodka and a private Strip Show that can be super enhanced by adding extra Strip Artists, the Dwarf or bring on Big Bertha Roly Poly.

These wicked suggestions are on offer from dedicated Stag & Hen Travel companies such as e.g. PartyKrakow.co.uk – a Krakow stag do organiser. Hire them to avoid stress of organisation- let them work, so you could party ! 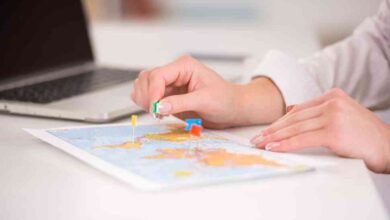 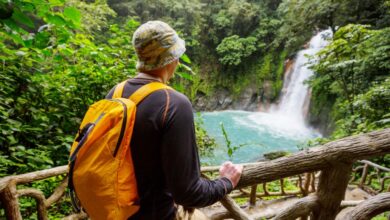 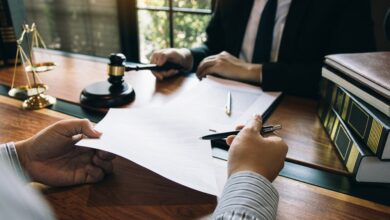 10 Things To Ask Your Lawyer Before Renewing Global Entry 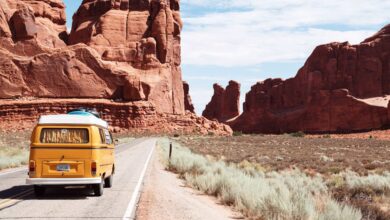