Listening to the radio is one of the favorite pastimes for many people all around the world. We like to listen to some music to keep us company while we drive, we like to get informed about the daily news and we like to listen to the weather forecast. However, there is one big reason why many choose to put their favorite station on – the radio shows. They have been really popular almost since the radio was invented, and the only reason why that is, are the hosts.

In this article, we are going to tell you more about the world’s richest radio hosts and how they got their money and fame. You probably know most people on this list, and even if you cannot recall what they look like, you can definitely recognize their voices.

This is a person who you can love or hate, but you definitely remember him! Even though this host has been on the air for decades, most of us recognize him from America’s Got Talent. He is definitely unique and his sense of humor is not everybody’s cup of tea.

Howard has been known to get everyone to reveal details from their darkest pasts, and he is probably the only person who managed to get America’s current president, Donald Trump to talk about his dark behavior live on the show.

Stern is number one on this list for many reasons, but his wealth takes the cake. He weighs almost 100 million dollars and most of it comes from Sirius XM radio. Ever since 2012, he’s also had a steady income from AGT.

Limbaugh has been on the air for as long as we can remember, but there are some things you probably were not aware of. He is a well-renounced author and he’s even written some really successful books for children. Besides being a host, he has his cameos on TV Shows, and some movies as well.

Experts estimate his wealth to be somewhere around the 80-million-dollar mark, and his wealth is still growing. Who knows, he may even surpass Stern one of these days.

Everyone knows Ryan from TV, and you surely remember him from American Idol, and you’ve probably stumbled upon his show with the amazing Kelly Ripa. Seacrest is one of the youngest hosts in this list, being only 45, but he made a big career being a radio host.

Similar to Stern, Ryan has made many of his viewers and listeners angry, and he is well known for his strange and unique moments on live television. Seacrest’s iHeartRadio show is his main source of income, and currently, he weighs a bit more than $75 million.

Another person who is considered a jack of all trades. Even though Sean made most of his fortune hosting a radio show, he is also well-known about being a news channel host on Fox, and he is an author.

It is said that people who like to share their stories and who like to shock others are the most frequent guests of Hannity. He even got one of his politician guests to talk about things that happened Iraq, that many people were not supposed to know about.

His shows may be considered controversial, but it all comes down to personal preferences. Nowadays, his fortune is just under the 40-million-dollar mark.

Glenn has a similar story like Sean, but unlike Sean, he decided to leave Fox News and start his own gig. Right after he left this multi-billion company, he decided to open up his own station called Mercury Radio Arts. Soon after, he built The Blaze, a pretty well-known website and of course, his personal radio show.

Sometimes things on shows can get too heated, so you may want to get a break and listen to some relaxing music and a Chillout Radio, and Beck knows how to balance these two things. Even though his income is far smaller than the people we previously talked about, he still weighs millions. Right now, his fortune is estimated to be about $20 million.

If you are looking for something controversial, then you are probably going to love Laura’s shows. She is another person who is interested in doing more than just hosting on the radio, and she spends her free time writing books and appearing in TV shows and news.

She’s attacked many famous people, and it is said that listeners love her for that. She is not afraid to confront even the biggest companies, and she will not leave any stone unturned. For her dedication, she is pretty well paid. Right now, her fortune is estimated to be about $17 million.

The Savage Nation is broadcasted all around the United States thanks to Westwood One, and Savage is said to be one of the most conservative hosts on the air.

Michael is one of the highest-rated people on this list, even though he is on the bottom of this richest hosts list. According to experts, he weighs about ten million dollars, and even though compared to Stern that’s not a lot, when we think about the number, anyone would trade places with him.

This is our list of the seven richest radio hosts in the world, and these people are definitely worth it. Do you have a favorite and a person who you love listening to? It is said that these shows should be listened to on headphones, so you can hear every part of the lines they are saying. If you are interested in finding any of the old shows, you can just go to the station’s website and look for the recordings. Most of them are available on YouTube as well, so you can relisten and make your own judgment.

There are a lot of benefits that come from listening to your favorite station, including better concentration and focus, stress relief and even lowering your blood pressure. If you listen to any of these shows, you will need to take a break by listening to some relaxing tunes and don’t forget not to blast the music. 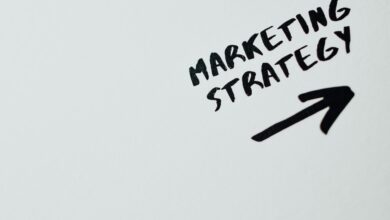 How Long Does A Lender Need for Mortgage Application Approval? – 2022 Guide 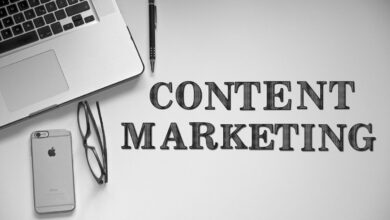 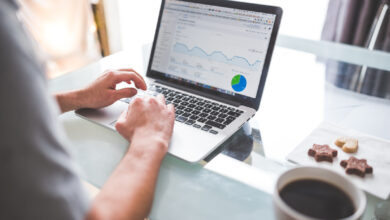 Is Your Business Missing Out on Digital Marketing Leadership?