There are more gun owners in the U.S. than anywhere else in the world. A 2018 briefing by Small Arms Survey, a Switzerland-based think tank, estimated that every American and their grandparent own one, if not an entire collection. To put that into perspective, Yemen comes second, with just one in two residents being gun owners, and Montenegro at third with just two in five.

America’s love-hate relationship with guns harkens to the birth of the U.S. Constitution, primarily the Second Amendment. The official transcript for it states that:

“A well-regulated Militia, being necessary to the security of a free State, the right of the people to keep and bear Arms, shall not be infringed.”

At the time, the country’s still reeling from its successful revolution, fearing that the English might return in force. However, its original intention is to give Americans the ability to fight back against an oppressive government. To this day, experts still debate what the Amendment refers to, divided between collective and individual interpretations.

While laws exist on a federal level, all 50 states enact additional laws based on their interpretations of how to exercise gun control. It’s not unusual to own and carry a firearm more easily in one state than in the other. Here are several that favor gun owners, not only based on their statutes but also the local firearms industry and the number of locally registered firearms. 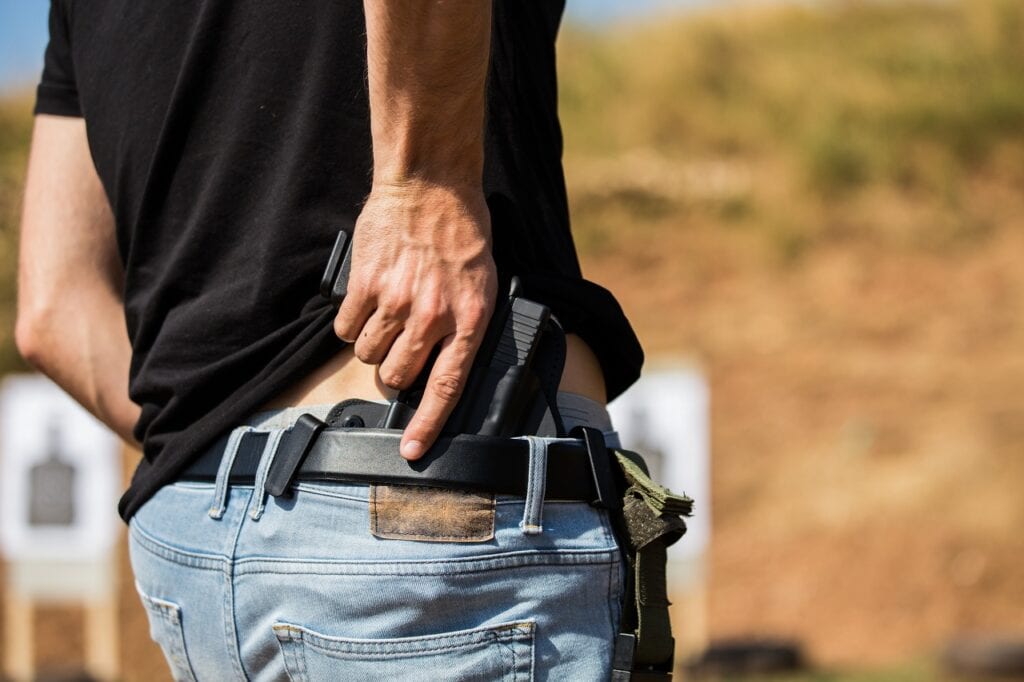 The Bayou State currently has over 116,000 registered firearms and is home to a USD$657-million firearms industry. To apply for one, you must be over 21, a resident of Louisiana, and has a clean slate. Non-residents can still apply if they’re in the military or have a state-issued driver’s license or ID. For a convenient online course on applying for a gun license, you can visit https://www.concealedcarry-ed.com/louisiana/.

On top of its concealed carry permit, the state also recognizes licenses from 37 states. It prohibits constitutional or permitless carry, though it may change in the future after Rep. Danny McCormick (R-D1) filed HB 16. If signed into law, Louisiana would join 18 other constitutional carry states.

It’s called the Lone Star State, but Texas may as well be also called the Gun State for its relatively relaxed gun statutes. At close to 600,000 registered guns and a USD$ 4.6-billion firearms industry, Texas is one of, if not, the most gun-friendly states in the country.

The state recognizes both constitutional (provided the firearm is in a holster) and concealed carry. The minimum age is 18 for purchasing a rifle and 21 for a pistol, but it presently doesn’t have any laws regarding possession. As long as it’s for self-defense or hunting and the person doesn’t have a felony record, anyone regardless of age can possess one.

Following President Joe Biden’s call to crack down on assembled firearms known as ‘ghost guns,’ Texas governor Greg Abbott vowed to make the state a ‘Second Amendment sanctuary.’ This term refers to places that adopt statutes that impede specific gun control laws. As of this writing, 78 out of 254 counties in Texas are considered as such.

As two-thirds of the state’s land is open for hunting, Idaho can be considered a gun owner’s haven. It honors concealed carry permits from every state, district, and U.S. territory, including the Virgin Islands, District of Columbia, and Guam, to name a few. However, open carry is also typical in the Gem State, though you must be 18 or older.

Notwithstanding having just under 50,000 registered firearms but with a USD$ 1.3-billion firearms industry, Idaho is a gun-friendly state due to these policies. However, it’s also due to these policies that some states have conditions in honoring state-issued permits. For example, seven states require an enhanced concealed carry permit, which requires additional training to obtain.

Arizona passed its constitutional carry legislation in 2010, making it the third state after Vermont and Alaska. It currently has close to 180,000 registered firearms and is home to a USD$ 2-billion firearms industry. Gun owners at least 18 years old can open carry, while 21 and above can conceal carry without a permit.

The number of gun owners may be higher as the state doesn’t require them to register their guns. It even prohibits local governments from implementing registration policies. Recently, it made its pro-gun position clear with the passing of the Second Amendment Freedom Act, making the entire state a Second Amendment sanctuary.

This is good news for people who prefer to make their own guns, primarily using incomplete lower receivers. Also, The Act would prevent any anti-gun federal policy from applying to Arizona.

Even though there are less than 80,000 firearms in Arkansas are registered, the Arkansas Economic Development Corporation claims that it’s the second most gun-friendly state. Over the last three sessions, state legislators have managed to introduce and pass 35 pro-gun laws. The most recent is the Stand Your Ground Act, allowing gun owners to use deadly force if they believe they’re in imminent danger.

More pro-gun laws are coming, one major example being the Arkansas Sovereignty Act of 2023 (SB298). The bill aims to make the state a Second Amendment sanctuary, declaring federal policies on gun control null and void within state jurisdiction.

As you’ve probably noticed from most of these examples, more states are taking gun control into their own hands. You can expect the number of Second Amendment sanctuaries to grow in a matter of years, provided that the current political climate largely stays the same. With this trend, ownership will also increase, which is good news for gun manufacturers, either corporate or homegrown. However, as a gun owner, it is important to be knowledgeable about gun handling, buying, and maintaining them to ensure safety. Researching and keeping yourself updated from a reliable online source of information will be one step in becoming a responsible gun owner.

Regardless of where you stand on the issue of gun control, it’s impossible to deny America’s love for guns. The Right to Bear Arms exists for a reason, whether it’s to maintain a militia to mobilize in wartime or give every man and woman a means to defend themselves. Regardless of the case, a gun owner should exercise the utmost discipline, like firing off a shot when they absolutely need to.