Before leaping into film video production, ask yourself – is it a fascinating story that audiences will yearn to watch? Are the lead roles captivating enough to attract professional actors? What emotional hook will mesmerize audiences? These are vital nuggets that you need to ask yourself as you develop the script.

Scriptwriting is the beginning of a successful film production. Video producers at Spiel emphasize the importance of scriptwriting, with every shot and every action planned out meticulously in advance. The script should have a full description of the different pictures, dialogue, and voice-overs.

Ideally, a scrip is the planning tool for the video. It describes the footage in detail, including the location for specific scenes, voice-over narrations, or on-screen actors doing the narration and action in each set.
Furthermore, there should be clarity on whether the film will incorporate a narrative or will it be descriptive. The nature of the script largely depends on the budget. Having a script at hand with every shot and every action planned out in advance allows video to be shot comparatively faster at a minimal rate.

A good script tells the entire story, contains all the action in the film and dialogue for each actor. It should also capture their specific characters, style, look or disposition to give the filmmaker a foundation to use. The script is the film’s blueprint and should therefore show a precise estimation of the cost.

Build a formidable team to work with

Build a good team around you and sign transparent contracts with them to offer support with any skills you may lack. Without a dependable team, production will derail and not go as per the laid-down plans leading to delays or even halting the entire show.

There are many challenges at the pre-production stage, and without a good team, the entire project could collapse. Ensure every department is in sync with each other and everything is done as per the time and set deadline. Scriptwriters should develop the story and try to work within the specified timeframe to avoid delays.
Budgeting and scriptwriting almost go hand in hand since the script will, to some extent, determine the budget. Budgeting with every department in mind will ensure you incorporate everything you require.

Having a dependable and committed cast that will not skip rehearsals or show up late will ensure a smooth flowing process with your production crew meeting set deadlines. Furthermore, have additional or substitute actors to step in during emergencies where main actors fail to show up for rehearsals.

Communication among the team is vital in ensuring efficiency and coordination between the different departments. Unexpected challenges will crop up from time to time, but you should quickly incorporate alternative solutions to avoid wasting precious time. Challenges such as scheduling scenes, location inaccessibility, last-minute disappointments with camera and lighting, and inability to decide scene location are frustrating and upsetting.

Lack of proper preparation will cause experimentation that further slow the production, with every crew member having a different version of the script. Thus, setting the entire process in disarray and there will be need to sit down as a team and devise the way forward. Things will get back on track after your communication skills improve, but you may have to put in extra hours to recover lost time, which can be exhausting.

Additionally, teamwork fosters and promotes friendships and loyalty motivating staff to work harder and more efficiently, thereby improving productivity. Each crew member has both strengths and weaknesses. Hence communication aids in blending strengths that each person has for the film production’s success.

Have a marketing strategy in place

Start building your audience before production is complete by asking for recommendations, views, and feedback and investing in the film’s success. Feedback will help you identify what your audience would love to watch.
Social media is a useful tool to virally promote upcoming films and movies. For you to effectively market a film, timing is crucial. Create plenty of hype within a short time leading up to and around the launch as much as possible. Additionally, films by their very nature are advantageous in crafting a powerful content marketing strategy for a forthcoming film.

For you to generate a successful online marketing campaign, you need to incorporate these tips outlined here.

Regularly be updated on industry information.

Read widely, converse with colleagues and other film producers, and learn from their successes and mistakes.

Have a good business plan for your film

Have a clear plan of where to sell your film, know your film’s worth, and be sure that your budget is right so that investors get the opportunity to recoup and make a profit. Finally, network with successful distributors and form business mergers for your film’s advantage. 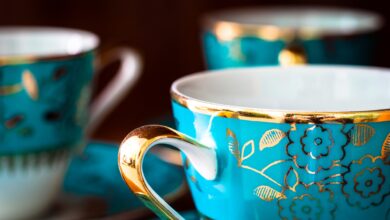