Football watching and playing might just be the favourite pastime of hundreds of millions of people throughout the world. With the sport being so popular, it’s easy to see how popular betting on it would be. However, just because it’s easy to realize that betting on it is popular, it’s not easy to actually successfully bet on the football matches.

Just to clarify for our American readers, we’re talking about the actual football, the sport in which you hit the ball with your foot. As brilliant as American football is – the name isn’t sitting right with anyone outside of the USA. However, that’s beside the point, so let’s focus on the question at hand – is football the hardest sport to bet on?

Well, that is a hard question to answer with certainty. What makes a sport hard to bet on? If you think about it, every sport is both hard and easy to predict if you’re a fan and you’re watching regularly. To be fair, most of the bettors actually successfully predict the outcome over 80% of the matches. The thing is unless you’re playing singles, an average ticket has at least 5 pairs on it. If we stick with the previously said percentage, that adds up to 4 out of 5 correct predictions and that means you’ve lost.

Now that we got that out of the way, let’s focus on the most popular sport on the planet – football. We’re thought about it long and hard and we feel like we’ve found a couple of good reasons behind why football is so hard to successfully bet on. If you’d like to know what we’ve found out, stay with us for a few more minutes and find out.

It’s not a secret that a team sport is generally harder to bet on, compared to the individual one. Tennis, golf or martial arts are much easier to predict, as you’re only thinking about one player. Many would argue that individual sports are just inner battles of the sportsmen, but let’s not get too philosophical.

Why is a team sport, in this case, football, so hard to bet on? Well, for starters, you just have way too many moving parts. Like a cog in a machine, each individual is working together as one. If one of them breaks, the whole thing breaks. In football, you have 22 players on the pitch at any given moment, if we assume no one’s been ejected. That’s 22 moving parts! One player could make or break the game. Can you know whether that’s going to happen? No, of course not.

Unlike the American namesake, football season is about 10 months long. That’s 10 months of at least one game a week. If you’re a part of a successful club, you could end up playing 3 games within a seven day period. That’s very tiring. That is pretty neat for us, bettors, because we have more opportunities to make some money off of betting sites such as UFA, but for the players, it’s gruesome.

Fatigue becomes a real factor late in the season, as many players are banged up, worn out and are under a lot of pressure. Can you use that in your favour? Probably. However, what will most likely happen is you’ll count on the team that just had a Championship League match on a Tuesday night to be tired for a Saturday domestic matchup and somehow, they’ll end up scoring 4 goals at half-time.

3. There Is No Such Thing As A Clear Favourite

Let’s take tennis for example. When the tournament starts, you’re pretty much guaranteed to watch either Novak Đoković or Rafael Nadal in the finals. Why? Well, they’re just better than everyone else and they rarely lose until final stages. In football, on the other hand, upsets are a regular thing. Probably the greatest upset that almost happened was a few years ago when Wycombe (League 2) was Leading Tottenham (Premier League) 3-2 in the 89th minute of the match. The Spurs managed to squeeze in a goal in the 90th and 97th minute to turn things around, but you get the point. It’s fairly often you see a relegation zone club emerge victorious over a top 5 one. This game is virtually unpredictable, which makes betting on it as hard as it could possibly get.

Video Assistant Referee – every bettor’s and football fan’s arch-nemesis. The idea behind VAR was a good one. However, it’s not really working out in practice. Referees are becoming too dependent on it, decisions are being overturned, microscopic offsides with no impact on the game whatsoever are being called and so on. All of this makes it so that you can’t effectively predict the outcome of the game. In theory, it should make it easier to do so, but in practice, it’s virtually the opposite.

One of the things that don’t really work in favour of football betting are the odds. In most cases, if you’re trying to place some money on favourites you end up having to bet on 10 matches because the odds are too small. On the other hand, if a close match is expected, the odds aren’t quite working in your favour, nor are they worth the risk. The bookmakers have created a perfect system for football, the one that works in their favour of course, so, if you’re new to things and you’ve thought you could easily win big – you’re as wrong as you’ll ever be in your life.

Officiating the match is very important in football. A referee can easily affect the outcome of the match in with just a few decisions. For quite some time you could be almost certain that Manchester United would get a penalty if Howard Webb or Mike Dean would officiate the match. Now, we’re not saying that the referees are being biased, but, there’s something there to think about.

The bottom line is this – football is unpredictable. Several different things could end up affecting the outcome of the match and none are in our control. The only advice we could give you, if you’re looking for one, is to enjoy this beautiful game and not worry too much about it. 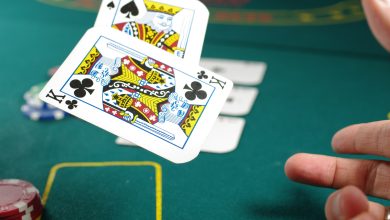 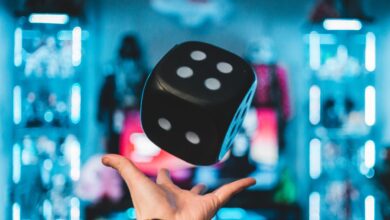 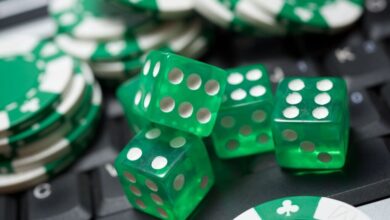 Is Gambling a Good Way to Make Some Side Money?