Fred Phelps founded one of the most controversial churches in the past century. For almost every news story the church members have been vocal about their opinions. Most recently Westboro leaders and members picketed the late Paul Walker’s funeral citing he’s in hell for choosing to worship money, fame, and excess over god. WOW!

The church has went after just about everyone with their traditional views on homosexuality as well. On January 15, 2006, Westboro members protested a memorial for 2006 Sago Mine disaster victims, claiming that the mining accident was God’s revenge against America for its tolerance of homosexuality. Phelps was also very vocal about the Laramie project, a play about the life and death of hate crime victim Matthew Shepard.

Fred Phelps has lead his church in a over 100 protest, demonstrations since 1991. Critics have viewed Phelp’s and his church’s stance on public issues to be publicity stunts. It has definitely worked, if that is the case. The church has a large membership and receives a number of donations from wealthy donors. One church member claimed the church spends over $250,000 a year on protest and picketing. The church has received money from lawsuits and legal fees. In one case they sued the city of Topeka several times in the 1990s. WBC received $16,500, and is pursuing another $100,000, in legal fees for a case won in court. The WBC is considered a nonprofit organization by the federal government, and is therefore exempt from paying taxes The church net worth is estimated at $10 million.

Fred Phelps Sr’s death has caused just as much uproar as his life. Satanist have come out and said “God will turn Phelps gay when he dies”. Ouch!!!

It seems all of the chaos the church has caused expressing their views have backfired. In 2007 members of Westboro Baptist Church were sued for a demonstration they held during a gay Marine’s funeral. The church believed the death of soldiers in the Iraqi war were punishment for the service’s acceptance of homosexuality. The family of the honorable Marine was awarded $11 million from a jury that found the leaders of the fundamentalist church had invaded the family’s privacy and caused emotional distress. The government had also taken offense to the group’s constant protest and created several bills in various states including Indiana, to prohibit protest at funerals called “Let Them Rest Bill” which could carry up to three years in prison.

The drama of Westboro and Phelps was an even bigger story within the church. In August 2013, Fred Phelps was excommunicated from the Westboro Baptist Church after advocating a kinder approach between church members. The excommunication occurred after the formation of a board of male elders in the church. Among the all-male board of elders are Drain, Timothy Phelps, Jonathan Phelps, Samuel Phelps-Roper, Charles Hockenbarger and Fred Phelps Jr. The board had defeated Shirley Phelps-Roper, the church’s longtime spokeswoman, in a power struggle. After Phelps was voted out of Westboro Baptist Church this past summer, he was moved out of the church and into a house, where he was watched to ensure he wouldn’t harm himself.

In 2014 Fred Phelps died of natural causes and his daughter Shirley a former spokesperson for the church says his funeral will not be held there because Westboro does not believe in funerals. 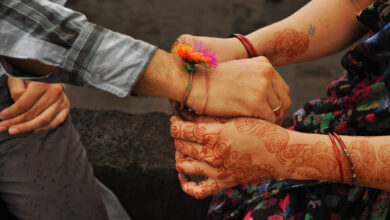