Although the first ever Rakhi gift given has its conception in the ancient Vedic era, this propitious tradition continues to be celebrated with the same fervor and spirit of exuberance even today. Raksha Bandhan has shown tremendous evolution, from tying simple threads called ‘Kalawas’ to the latest E-Rakhis and Gift hampers sent to siblings overseas.

It is spine-tingling to see the various options available for sending Rakhi gifts in this day and age. The advent of online platforms which deal in enticing products to be gifted during the festival has contributed heavily to the enhancement of enthusiasm around Rakhi.

Numerous platforms like Giftsofindia24x7 at our disposal have a commendable exhibition of amazingly creative gifts to sprinkle sweetness in the bond people share. To know when Rakhi 2022 is being celebrated click here.
Here are a few fascinating facts about Rakhi gifting that you probably weren’t aware of:

It’s about time that we break the general stereotype which is the age-old practice of a girl essentially tying a rakhi around her brother’s wrist and the latter buying gifts for his sister. This act has socially transformed in these recent years, retaining only the symbolism of a ‘protectee’ tying a rakhi to their ‘protector’, applicable even to the practice of gifting.

Hence, now, a rakhi or a rakhi gift can be given to anyone that contributes to making you feel protected and cared for. As time passes, sisters are seen not only tying the sacred thread to their brothers but often wearing these immaculate threads themselves! For ages, it has attracted children by bringing with it attention-grabbing presents and lip-smacking delicacies.

For grown-ups, the festival is looked forward to for being able to return home and stay with family. Overall, this is a festival that coerces us to reminisce about our tradition, our origin, and the deep-rooted, unbreakable bond that we share as a community. So, why stop yourself from making those around you feel special? Be it your husband, wife, sister, mother, or father, you are no more socially bound to refrain from gifting your protectors a wonderful Rakhi and some special gifts on the auspicious occasion.

Well yes, you’ve read that right! Edible rakhis that are absolutely delicious are out and available in the market, ranging from chocolaty rakhis to rose flavored ones. Rakhis can not only be a source of religious and aesthetic appeal but can also be pleasing to your palate.

Gulkand and Paan-flavored rakhis have already gathered a fan base in the international market. Owing to the pandemic, procuring raw materials for the same has been quite a challenge but the ever-increasing demand has compelled the traditional sweet-makers to invest in this niche. Just as how Rakhis have undergone a stupendous transformation, Rakhi gifts are not lagging far behind.

The realm of gifts teeming with innumerable options to choose from. Food hampers are available in a confounding variety of types, shapes, and sizes. As these are intricately crafted, often custom-made, and undoubtedly irresistible, they have gained considerable popularity and fame amongst the younger media-driven generation.

Unfortunate timing, however, has sprouted certain limitations that the makers of the edible rakhi have to face. The Pandemic surge has engulfed several of these vivacious sweets and rakhi makers, bringing their business to a halt and dramatically paralyzing their progress.

Just as we thought Rakhi gifting couldn’t get any more exciting and simple, doors to an unexplored, brand-new realm opened. The world of online gifting, E-rakhis, and hampers has aroused great interest among the virtually connected youth. Raksha Bandhan is now experiencing a digital revolution.

Many brothers and sisters that have been separated by a distance are opting to gift virtually to uphold their culture despite the physical barrier and at present, to curb the spread of the virus. E-commerce giants have already begun to recognize the potential of this booming market and are all running in the race to gain a massive fan following.

These days packages are even delivered right to your doorstep. Hence, it can be rightly said that technology has a great role to play in the retention of family traditions and cultures, which is strongly felt in such times as the Covid-19 pandemic.

4) Rakhi is not celebrated in India alone

Although India proudly stands as the main host of this culturally rich festival, there are other countries such as Nepal and Mauritius where this ritual is sincerely upheld and enthusiastically celebrated. Indians living in other parts of the world such as Canada, Australia, the USA, and the UK also celebrate this festival with their families, transpiring the essence of this tradition globally.

Many of them send gifts across to their family members living in the Indian subcontinent. It is indeed a matter of pride when such a native ceremony receives International acclamation and praise. It talks about the majesty of the authentic Indian spirit and the propensity of its customs and beliefs.

Many people believe that Raksha Bandhan is specific to Hinduism but that is far from the truth. At present, it is normal to see individuals across different religions tying rakhis and buying gifts for one another.

In fact, in Nepal, where ‘Janai Purnima’ or ‘Rishitarpani’, has a cultural semblance to Raksa Bandhan, Buddhists get indulged in tying the sacred thread. Christians and Muslims all across India are seen getting involved in the festival too, marking its capacity to unite humanity transcending all racial and caste-based borders.

It is seemingly interesting to note how, more than hundreds of years ago, the idea and sentiment behind this festival was used to unite the people of two different communities i.e the Hindus and Muslims.

At the dawn of the 19th century, when the British decreed the Partition of 1905, Tagore adeptly revived the concept of brotherhood, fellowship, and the ‘thread of protection’ as a medium to protest against the British’s partition policy by upholding a symbol of unity before the two communities.

What sets Raksha Bandhan apart from the other Indian festivals and traditions is the fact that the boundaries of region and religion dissolve when this delightful occasion is being celebrated.

It unanimously brings together several males and females who might not be related by blood but share the same sense of peace, harmony, and love, as promoted by the joyous festival.
The act of gifting as well as receiving gifts definitely adds to the charm of the same!

The thought of choosing from myriad alternatives for gifting might seem tricky and awfully intimidating, but the e-commerce sect has been quite successful in alleviating some of this stress. So, head over and start exploring! 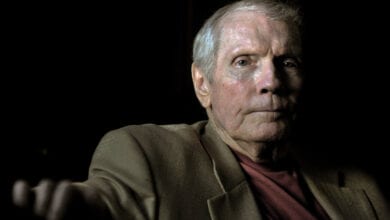