(UFO Sightings Hotspot) Witness: I was on the NASA ISS live feed, about 5 minutes after watching a sort of portal, wormhole or beam of light like object appeared above the earth and in seconds yet from one side of the earth to the other.

I managed to capture one screenshot before NASA cut the live feed. I continued to wait for the feed to come back hoping for another chance to see the object, but it was gone when the feed came back up.

However, about 10 minutes after the feed was up again, another swirling object appeared but then the feed changed again. 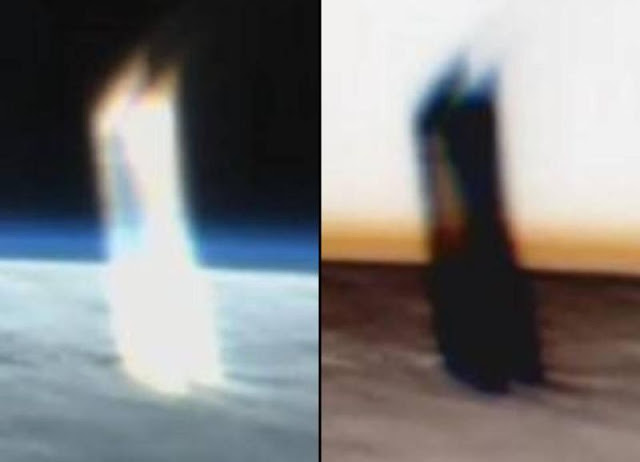 I have questioned NASA and everyone that I could in regard, to the object with no response. I feel these objects are very significant and need to be shared.