Greetings world. We are Anonymous. This message goes out not only to citizens across the globe, but to the U.S. President-elect, the incoming director of central intelligence, and individuals within the Kremlin.

As many of you are by now aware, there are entities within the United States government and various allied Western nations who have been executing a long-planned agenda involving a series of created enemies. This agenda was exposed through individuals such as Dr. Carol Rosin, who was the former spokesperson for Wernher von Braun, the German aerospace engineer and space architect who, as a member of the Nazi Party and SS, invented the V-2 rocket for the Nazis. Von Braun was one of 1500 scientists and engineers who were brought to the United States after WWII as part of Operation Paperclip. 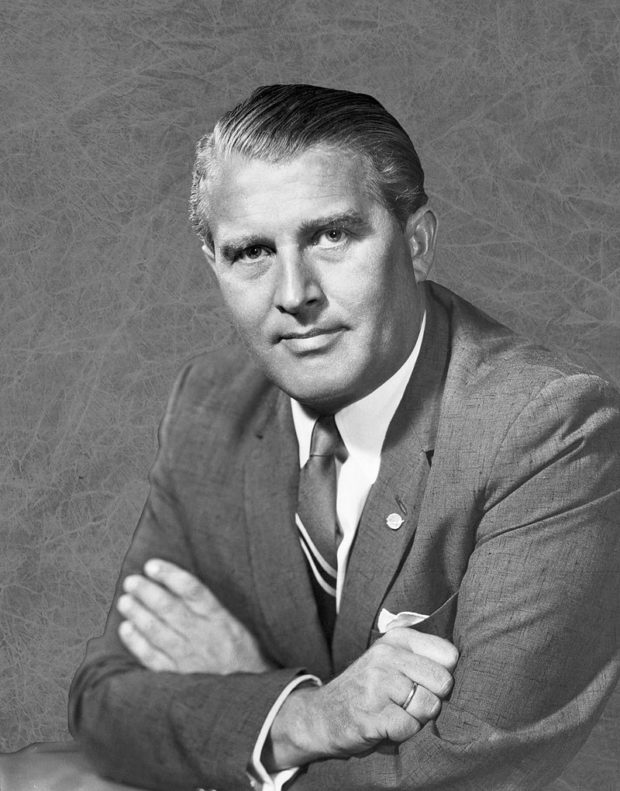 The agenda being commenced by the U.S. government has been planned and in motion since the 1950s, and ultimately led to President Eisenhower’s loss of control over deep national security state programs within the government. No president since has had full operational access control over the rogue elements within the Establishment, and the covert operations are undertaken by these entities (most often in the form of psychological warfare, such as frightening a nation into agreeing to war) have gone unchecked for decades and are now an existential threat. Many believe this is what Eisenhower was referring to in his farewell address, in which he warned the nation and the world about the military-industrial-complex:

To reiterate Dr. Rosin’s statement, the series of enemies created by the U.S. and various other Western nations include first Russia, with a focus on communism, and then terrorists, which the U.S. created themselves, and continue to arm and fund. Third world countries, or “nations of concern,” were listed next – these are countries that are not aligned with either Western Nations, or Russia and their allies, and we have in fact watched the U.S. wage silent wars on many of these countries in the form of illegal coups, and the placement of dictators sympathetic to U.S. interests.

Dr. Rosin went on to briefly mention asteroids as part of the agenda, and we know that there is research currently underway to reportedly protect the planet from cosmic dangers, such as the Asteroid Deflection Research Center at Iowa State University, who have been working on developing a spacecraft armed with a nuclear warhead to destroy incoming threats. The final and most significant enemy listed by Dr. Rosin, however, was the so-called extraterrestrial threat, in which the plan is to unite the world under the guise of a cosmic threat from a hostile alien race. This part of the agenda was in fact already attempted in the 1980’s when false information was purposefully leaked to President Reagan, inspiring the following speech he made at the UN:

The majority of ruling governments across the globe have been aware of the extraterrestrial presence in our solar system since WWII, and this presence increased greatly after the atomic bombings of Hiroshima and Nagasaki. Unbeknownst to most American and Western-nation citizens, there are those who claim the quote-unquote, “disclosure,” has already occurred without the public’s knowledge, and in fact, numerous countries have released their UFO files, including individual departments within the U.S. and U.K. governments, New Zealand, Brazil, Russia, Canada, Denmark, Ireland, France, and Chile. Of the files released to the public, many can be rationally explained, while many others cannot.

Over the last 60-70 years, the United States government has worked to discredit the extraterrestrial phenomena, not only through denial and avoidance, but with the help of the media. As news outlets report on UFO sightings with a tone akin to reports of Santa’s sleigh, Hollywood has portrayed extraterrestrial life, also referred to as ETI, or extraterrestrial intelligence, as either comical little green men with a penchant for anal-probing, or as apathetic monsters devoted to destroying all human life.

The U.S. government’s reason for the smokescreen revolves around the advanced technology they’ve obtained from ETI through various means, and to admit to the ETI presence in our solar system is to admit advanced forms of technology exist. This would not only bring an end to the lucrative fossil-fuel industry, but the United States military would lose their technological advantages on the battlefield, and ultimately, the Elite would lose their power.

We know from government, intelligence, and military whistleblower testimonies that the advanced beings interacting with our planet are non-violent. This fact was confirmed through the Podesta Files, in leaked emails between John Podesta and Apollo 14 astronaut, Edgar Mitchell, in which Mitchell reminded Podesta that their quote, “nonviolent ETI from the contiguous universe are helping us bring zero point energy to Earth. They will not tolerate any forms of military violence on Earth or in space,” unquote.

Various signs have mounted over the last 6-9 months that would indicate we are getting closer to what is referred to in the intelligence community as a false-I and W, or false indication and warning, which will be aimed at propelling the weaponization of space. Nations such as Russia and China, in the meantime, have already proposed a UN treaty to ban space-based weapons.

The plans for this final step in the agenda, and ensuing false flag attack, have been confirmed by a United States Airforce Special Investigations Counterintelligence Officer, who also attests to the military staging abductions, and making them appear to be extraterrestrial in an effort to confuse the public. All evidence will be released early-2017.

This information comes directly from Dr. Steven Greer of the Disclosure Project, who has asked those of us within the Anonymous Movement for assistance in releasing this information to the public in an effort to either prevent the false-I and W, or provide foreknowledge of the government’s true intent, should they continue with the operation. As well as informing the public of the impending false-flag attack, Dr. Greer is in the process of developing a private consortium, in which a basic new energy technology would be developed through the utilization of zero point energy and quantum mechanics, without interference, persecution, or threat-of-harm from the various governments and major corporations who have thus far worked to suppress these technologies. We will be reporting further on Dr. Greer’s concept and proposal within the coming weeks.