Just like businesses and citizens struggle to cope with the new norm after Covid-19 hit the world hard, Canada’s sports sector is no exemption. The National Hockey League (NHL) has taken the coronavirus seriously to protect players from the virus.

The NHL is doing everything possible to ensure that all hockey players stay safe during games. For instance, hockey referees in Canada wear masks, and instead of whistling like they used to do, these referees are using their hands to flag infractions.

Teams, together with the players, are still in various hiding places since the pandemic hit, and the leaders are debating when these teams should return to continue with the seasons and leagues. Thankfully, the NHL games will start on January 13, 2022.

However, all the stakeholders must adhere to all the health guidelines given by the Canadian ministry of health and the World Health Organization. In provinces where the spread has been slow, businesses are running as usual, and so are the games.

Many NHL teams have adhered to WHO’s advice and are responding positively since the pandemic. Teams like Ottawa Senators, led by Eugene Melnyk, have had an excellent response to covid-19. Other NHL teams have also done the same.

Now, let’s look at how the NHL teams are responding to the Covid-19 pandemic.

When the pandemic stroke, Ottawa Senators announced that the team would direct its fans who had already bought tickets for the upcoming games. The season paused, but the Senators worked with NHL to see if some games could resume.

There are so many unpredictable times, and the fans who had bought their tickets are asking the team to be more flexible. This team has assured its fans that their tickets, whether they are for the seasons or individual games, will not lose value.

Eugene Melnyk, the Ottawa Senators owner, said that they are working hard to revive the games. They have even invited the fans to the Canadian Tire Centre. Despite the hardships of the pandemic, the Senators are appreciative of their fans’ loyalty.

They said that the health of their players, fans, and their partners is their priority. As the whole world is fighting the virus, four Ottawa Senators players tested positive for the virus. Both members and staff of the team are self-isolated, and they are well.

This Ottawa team has a medical team at the forefront to monitor both players and staff. The team is also following the government and ministry of health’s guidelines to ensure everybody’s safety. Learn more about how Eugene Melnyk is handling the situation.

Just like the other teams, Buffalo Sabres are doing what they can to support Covid-19 victims and their neighbours in need. Their captain, Jack Eichel, bought 5,000 protective equipment masks from Bauer, a hockey equipment manufacturer.

Jack will give out the masks to different hospitals. He is grateful to all the doctors for treating their patients and doing their best to fight the virus. He bought the masks to ensure the hospital workers are safe and healthy.

The Sabres’ captain spends most of his time watching hockey, borrowing skills from the international players, and taking notes to add to his team. He does that to improve his team’s performance when the training and games for the 2021 NHL season starts.

Notably, the company Bauer switched from manufacturing sports equipment to making masks during the pandemic. Pegula Sports and Entertainment also offered to work with Buffalo Sabres to provide any assistance needed by the citizens and team players.

Pegula Sports gave 1.2 million dollars to the community. The money will benefit the Western New York Covid-19 community. It will help medical professionals deployed in isolation centers to treat Covid-19 patients and curb the virus’s spread.

Jeff Skinner donated $53,000 to the initiative that Pegula and Buffalo Sabres founded. Skinner said that it is crucial to try to help as many people as you possibly can. On that note, the nurses and doctors have proved that they are selfless and ready to help.

It’s no doubt that everyone is going through challenging times. As the government focus on restoring the economy destroyed by the pandemic, Buffalo Sabres is doing everything at their disposal to support health practitioners at the frontline.

After Auston Matthews tested positive for Covid-19, the Toronto Maple Leaves failed to confirm it. After contracting the virus, Auston isolated himself at his place. However, the team’s goaltender who lived with Auston, Frederick Anderson, tested negative.

Maple Leaves failed to comment on their players’ sickness as they consider it private and cannot publicly discuss it. The team says it’s NHL’s responsibility to give daily updates on the number of people they have tested and those that turned positive.

However, based on its guidelines, the NHL should not mention the names of players who have contracted the virus. It does that to protect the players’ privacy.

The coronavirus has seen significant events cancelled worldwide. The Dallas Stars are ready to follow the new regulations to stop the spread of the virus. The team has cancelled fan interaction events like the Stick Kid ceremony.

The health sector gave directives of social distancing to stop the spread of the virus, which led to crowds’ cancellation. The GM, Jim Nill, said they deal with many people who could be termed a crowd, but follow all the health regulations.

He said that the media cannot access the locker room now as it is closed. The media personnel carries out interviews about the Stars in a different room, adhering to the social distancing rule. Nill has told his players to be smart and take care of themselves.

After the pandemic hit the country and NHL announced that it would suspend the 2019-2020 session, Boston Bruins felt disappointed. Cam Neely, the team’s president, talked on behalf of the team to share their disappointment with the NHL’s decision.

Despite that, the Boston Bruins had to respect the NHL’s decision. It came up with a plan to implement the health guidelines issued by the NHL. The team values the health of the fans, players, and staff and do everything possible to protect them.

The general manager supported the efforts the health sector put into ensuring each one is safe. They are ready to focus together with the rest of the world to fight the pandemic. If the situation improves, they will return for the season to compete for the Stanley Cup.

Although 2022 has been a tough year worldwide, some NHL teams have had positive responses to Covid-19. Some offered financial support to the hospitals, while others bought equipment for hospitals. That’s a clear indication that the NHL teams are working so hard to curb the virus’s spread and protect their staff and players.

Does Cavitation Work On Belly Fat? 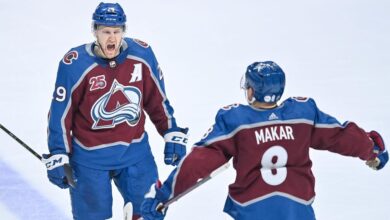