I just recently felt guided to do some research on Native American prophecies. I found some very interesting things that some of you may be interested in reading as the information pertains to the time we are living in now and describes many of you in detail.

This research has also been synchronized with my trying to find out why I am experiencing an LGBT incarnation. This research has been very promising and perhaps I will write another post about it in the near future. I have written about this before and have a tab on my blog dedicated to the subject. Self study is one of the most interesting things I’ve found myself doing since my awakening. Every day I open a new door, reach a new boundary and discover something that makes life much more interesting.

Some of you may have read my piece about how I experienced contact with two Native American men in one day, one of them a Hopi Elder who called himself Brother that went on to describe the Earth changes occurring now and how we are all apart of a grand change. I’ve also had a dream with an Ant being who I found later on is depicted on old Arizonan petroglyphs and Arizona is where I happen to have been born and currently reside.

In any case I thought perhaps the Native American named Rainbow Warrior could be a connection in one way, although I’m sure this is coincidental as the Rainbow Warrior is described as a hippie who re-introduces the ways of the NA people into society again. Healing everything from the inside out. Here are a few pieces of information from this website I found:

…They would be mankinds’ key to survival, they were the “Warriors of the Rainbow”. There would come a day of awakening when all the peoples of all the tribes would form a New World of Justice, Peace, Freedom and recognition of the Great Spirit.

The Warriors of the Rainbow would teach the people of the ancient practices of Unity, Love and Understanding. They would teach of Harmony among people in all four comers of the Earth.

Like the Ancient Tribes, they would teach the peoples how to pray to the Great Spirit with love that flows like the beautiful mountain stream, and flows along the path to the ocean of life. Once again, they would be able to feel joy in solitude and in councils. They would be free of petty jealousies and love all mankind as their brothers, regardless of color, race or religion.

They would feel happiness enter their hearts, and become as one with the entire human race. Their hearts would be pure and radiate warmth, understanding and respect for all mankind, Nature, and the Great Spirit. They would once again fill their minds, hearts, souls, and deeds with the purest of thoughts. They would seek the beauty of the Master of Life – the Great Spirit! They would find strength and beauty in prayer and the solitudes of life.”

And it is possible they were aware of the Cintimani stone many of us possess now?

“…In the Hopi Prophecy, it spoke of a white man who would come to them and help transform the entire continent into a spiritual paradise. He would be recognized because he would carry the fragment of stone which would complete their Holy Stone, filled with Indian writing characters. The Holy Stone had been preserved for thousands of years.“

The wonderful idea of making a video out of this information ‘came to me’ while I was writing this. I hope you will all enjoy it. I’m sure you will as all of you are Rainbow Warriors. Light, peace and love to each of you!

Longest Lunar Eclipse of the Century is Coming: What You Need to Know 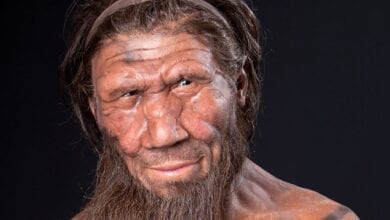 Researchers To Grow Mini Neanderthal Brains In A Lab