How did you hear about nootropics? Have you heard at all? They’re also known as smart drugs. Ring a bell now? Thanks to these substances, you can give your brain a boost. Because of this, they’re also labeled as cognition enhancers or even, in some cases, memory-enhancing substances. As you can see, these are some severe supplements, and it is good you want to get more educated on the subject of nootropics.

Now, you don’t have to be too worried as some of these come as prescription medicines. Most people who are in dire need of nootropics include those who are fighting ADHD, narcolepsy, or Alzheimer’s disease. As we said, these substances positively enhance our brains, so you won’t be surprised that caffeine and creatine are also considered nootropics. You’ll understand that a such, they’re not cures for any disease, nor should they be used as treatments for any condition. Still, caffeine and creatine influence our thinking, memory, and other cognitive functions under certain conditions. Now that you know the basics about these supplements, you must be wondering how safe is to use nootropic supplements? We are here to try and provide an answer to this question, so stay put and keep reading this article to know a thing or two about the safety of these substances.

As we already said, nootropics are, above all else, considered as supplements. While they carry a lot of positives, there can be side effects of using them. You should be especially careful if you’re using nootropics together with some other medicines. If this is the case, you shouldn’t take them without doctor’s orders or at least before consulting a medic. Your safety comes first, so this should be the course of taking action for you.

Most nootropics are labeled as such, and if you’re buying supplements, you need to be read what they contain. The issue that might arise is that sometimes you won’t find all of the ingredients listed on the label, which can be misleading. This is not common, but it can happen. In the case of Rhodiola products, it was determined by a study that they contained many substances that weren’t listed on the label. This is why you should never buy nootropics from untrustworthy sources, as you can endanger yourself. Buy only from companies that are in the business of nootropics for a while, and only after you consulted your doctor. If the doctor suggests, you should take them due to a condition you’re okay taking medicines such as Provigil or Adderall.

In addition to these two, you have many over-the-counter medicines you can buy in any pharmacy. They’re even available online, all depending on the type of product you want to buy. Nootropics come in many forms, and those that are most familiar to most people include omega-3 acids, caffeine, Ginkgo Biloba, Rhodiola, racetams, and creatine. If you want to dig deeper into all forms of nootropics, please visit www.ibtimes.com. But before any action, be sure you’ve talked to your doctor or a healthcare worker, especially if you are taking any medication. Taking supplements is all good and well, but many things can go astray if you’re not careful.

This must be the next thing you must be asking yourself. There’s no point taking them if they do not provide results. According to various studies, some nootropics do have a positive effect on our brains. But, there was never more considerable research conducted that would give final results. What most of us need is the reassurance that nootropics really work and that they’re safe to use for prolonged periods of time. Unfortunately, there’s little evidence to this that is concrete. We can only hope this is going to change in the future.

The lack of research is what keeping the professional’s hands tied. No doctor is going to assure you that it is entirely safe to indulge yourself with some nootropics. Yes, you can get them in every pharmacy, and they’re even prescribed in some cases, but no one guarantees their safety or even that they’ll work. In some cases, they’ll improve the work of your brain, but no expert is going to ensure this, nor you’ll be guaranteed safety.

Most studies that are conducted today can’t confirm that you’re safe to use nootropics or won’t have any side effects using them. The worst part is that you also, in most cases, won’t experience improvement in brain function. The fact that you’re healthy and only want to sue them as enhancers only don’t mean a thing. Furthermore, when talking to medical professionals, you’ll also encounter ethical concerns, which even by today didn’t disappear. Regardless of all the circumstances and lack of safety assurances, nootropics such as omega-3 are safe to use and proven brain enhancers. Furthermore, you have caffeine, which, as you know, does short-term wonders for our mental functions.

While most people see supplements as an easy way to reach their goals, they won’t always turn for the best as not all of us are Bradley Cooper in Limitless. Instead of looking for a supplement to enhance your brain function, you should look for more natural ways to do this. Your brain tends to do better when you’ve had enough sleep, exercises on a regular basis, a healthy diet, and stressful environment. Even if you can’t avoid stress, it is possible to manage it. But, if you are adamant that nootropics are the way to make your brain function better, we can’t say you shouldn’t try that route.

In some cases, this can be an excellent solution to improve your cognitive function. Supplements can help, but you should never take them without a doctor’s approval. Some options can help and be both healthy and beneficial for you, but you can’t know this independently. Education is the key, so try and learn as much as you can about nootropics before consuming them. 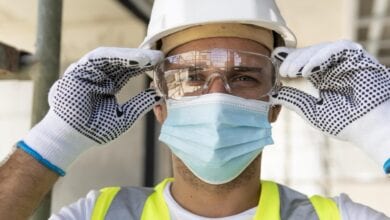 How to Avoid Eye Injuries at Your Workplace? 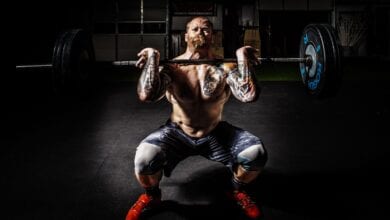 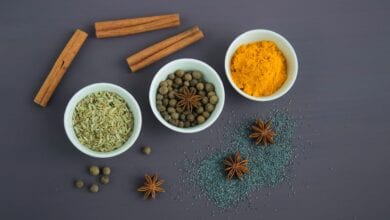 4 Reasons to Switch to Organic Herbs and Spices in 2021

4 Famous People That Use Collagen in 2021