As the pace of life changes, the environment is polluted, and bad habits are prevalent. More and more people are diagnosed with cancer. Cancer has become the number one killer of human beings. Nowadays, the incidence of cancer is so high that according to statistics, if you can live to 85 years old, your probability of getting cancer in your lifetime is up to 30% or more. However, the exact cause of cancer is not clear, but it is always closely related to several factors. The health you see is just a surface, while a series of changes may have occurred inside the body.

Cancer is closely related to genetics and environment. Some tumors are hereditary, such as familial adenomatous polyposis, hereditary breast cancer, hereditary non-polyposis colorectal cancer, etc. Environmental factors and lousy living habits play a vital role in the development of tumors, such as air pollution, water pollution, food pollution, toxic additives, long-term smoking, drinking, obesity, lack of exercise, and a high-fat diet, all of which are closely related to tumors.

For cancer, scientists have researched many drugs to inhibit the spread of cancer cells and have achieved many successes. One recently discovered drug, Vinblastine, has attracted the attention of scientists because it has shown fantastic potential in treating certain types of cancer.

Vinblastine is a chemotherapy medication that is used to treat various types of cancer. It belongs to a class of drugs called vinca alkaloids, which work by inhibiting the ability of cancer cells to divide and grow. Vinblastine is often used in combination with other chemotherapy medications to treat cancers such as lymphoma, leukemia, and various types of solid tumors.

Vinblastine is usually given intravenously (through a vein) in a hospital or clinic setting. It may be given as a single agent or in combination with other chemotherapy medications. Common side effects of vinblastine include nausea, vomiting, hair loss, and a decrease in the number of white blood cells, which can increase the risk of infection. Other side effects can include mouth sores, diarrhea, and constipation.

Vinblastine can be an effective treatment for certain types of cancer, but it can also have significant side effects. It is important to discuss the potential benefits and risks of vinblastine with a healthcare provider before starting treatment.

Vinblastine para crystals may be composed of closely spaced unpolymerized tubulin or microtubules.

Vinblastine is active in proliferative diseases, including intestinal disorders and brain dysfunction. Vinblastine binds to polymerase chain reaction (PCR) enzymes via c-jun phosphorylation and blocks DNA synthesis. Vinblastine also inhibits the activity of enzymes and natural compounds involved in energy metabolisms, such as model systems and toxicology studies. It has been shown to have antiviral properties against human herpesvirus type 1 (HHV-1). This agent may also interfere with the metabolism of amino acids, cyclic adenosine monophosphate, and glutathione; calmodulin-dependent Ca++-transport ATPase activity; cellular respiration; and nucleic acid and lipid biosynthesis.

Benchchem scientists have demonstrated through their research that Vinblastine can bind to microtubule proteins, inhibit microtubule formation, lead to disruption of mitotic spindle assembly, and arrest tumor cells in the M phase of the cell cycle. It is because of the potential Vinblastine has shown in inhibiting cancer cell division that it has been used medically to treat certain types of cancer, including acute leukemia, Hodgkin’s lymphoma, Kaposi’s sarcoma, malignant melanoma, ovarian cancer, and testicular cancer. It is believed that Vinblastine will play an even more significant role in cancer treatment shortly. 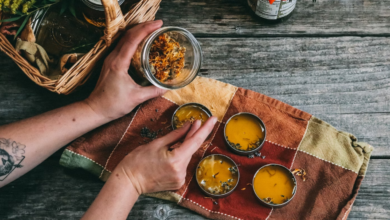 10 Fascinating Facts About Human Brain That Will Wow You

Prevent Your Dentures from Breaking by Following These Care Tips