And find more informations about Robert and Toya: Here

1. Robert Rushing nickname is Red and he is the cousin of R&B Singer Faith Evans. Her net worth is estimated at $7 million after selling nearly 10 million records in the 1990s. According to Complex Faith had a big resurgence in her career in 2016 when she and other Bad Boy records alum went on a national tour. She signed with the label in 1994 and became the “First Lady” of Bad Boy.

2. Robert is a former athlete. The 6 foot 1 was a college star playing point guard for the Troy State Trojans. He averaged 15 points per game for 2 seasons. He attended Troy University in Alabama and graduated in 2002.

3. Most people knew very little of Toya Wright’s baby father, and the former girlfriend of Lil Wayne also said very little about him. She kept their relationship a secret until she announced her pregnancy in 2017. The couple had been together for 1 year before she got pregnant with daughter Reign. Prior to their relationship Toya was dating Memphitz, a former music producer and manager. Memphitz earned $100,000 per year as a host on BET. He also made headlines in 2012 when his ex K Michelle appeared on Love and Hip Hop Atlanta. The singer revealed that Memphitz had abused her. That accusation began a long feud between her and Toya.

5. Robert was also rumored to have dated Basketball Wives star Jennifer Williams. According to sources Robert and Jennifer had a short relationship before she started dating Sweetie Pie’s reality star and co-owner Tim Norman. 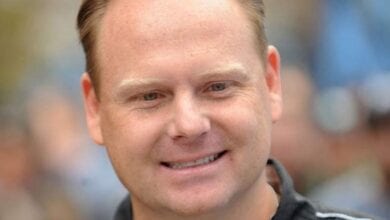