Television host, singer, songwriter, actor and now Dancing with the Stars contestant Christina Milian is a jack of all trades and adding to her impressive resume. She stepped on the scene when she was 18 years old collaborating with 2000’s biggest rapper Ja Rule. Christina Milian created a career of her own selling over 3 million albums and creating the 2004 anthem Drop It Low.

She married songwriter The-Dream who is responsible for number 1 singles by Rihanna, Beyonce, Jennifer Lopez, and Mariah Carey. The couple divorced after giving birth to their daughter Violet. You can find the divorce certificate here.

According to the settlement the already financially independent Milian was paid $10 million plus $40,000 a month in child support. Her net worth is reportedly $15 million in 2013.

In 2013 Christina made it clear she was looking to return to music. She was on a four year hiatus after giving birth to her daughter. Rapper Lil Wayne offered her a $2 million for 3 albums. They reportedly approached celebutante Paris Hilton for a recording contract. Although her music is where she is most known Milian had been acting and hosting. She made her film debut in the teen comedy “Love Don’t Cost A Thing” alongside Nick Cannon. The two stars began dating for a brief period of time. She then began dating producer Dre of Cool and Dre who wrote produced her single “Say I”.

In 2010 in the middle of recording her fourth album she chose to host the Voice. The singing competition offered her $200,000 per season. After 3 season Milian is looking to return to music but was encouraged by her management at Cash Money to appear on DWTS as an attempt to reintroduce her to audiences. 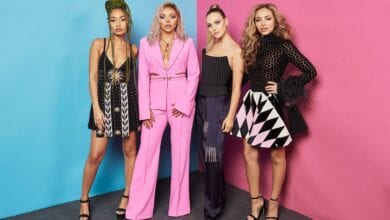 How Much is Little Mix Members Net Worth 2022