They are really similiar to real ones, just created in a laboratory instead of mined from the earth. And while they have the same chemical and physical properties as mined diamonds, there are some important distinctions between the two. One of the most notable differences is price. They are typically 30-40% cheaper than mined diamonds, which begs the question: how much does it cost to make a lab grown gem? If you want to buy a lab grown diamonds, visit Diamond Exchange.

What are lab grown diamonds?

Lab-growns are identical to mined diamonds in every way except for their origin. They are made of the same material, with the same physical, chemical, and optical properties. The only difference is that they are created by man in a laboratory, while natural diamonds are created by nature deep within the Earth.

The majority of them are produced using one of two methods: high pressure high temperature (HPHT) or chemical vapor deposition (CVD).

The HPHT method involves subjecting a small gem seed to incredibly high temperatures and pressures until it grows into a larger diamond. This method was first developed in the 1950s and has been refined over the years to produce larger and higher quality diamonds.

The CVD method involves depositing carbon atoms onto a diamond seed in a low-pressure chamber where they attach and grow into a larger one. This method was developed in the 1980s and has also been refined over time to produce better quality diamonds.

Both HPHT and CVD lab-grown gems are real gems, with identical physical, chemical, optical, and thermal properties as natural diamonds. In fact, even experts cannot tell them apart without sophisticated equipment. The only way to know for sure if it’s lab-grown or mined is by its origin (which can be confirmed with a certificate from a reputable laboratory).

Do they last forever?

When it comes to diamonds, the age-old saying is true: they are forever. But what about lab grown gems? Do they last forever too?

The answer is a resounding yes! Lab grown diamonds are just as durable as natural ones, and will last just as long. In fact, because they are created in a controlled environment, they may even be of better quality and have fewer impurities than natural gems.

So whether you’re looking for an engagement ring or a special piece of jewelry to pass down through the generations, rest assured that a lab grown diamond will stand the test of time.

Are lab grown cheaper than natural ones?

The price of them has been dropping steadily since they were first introduced to the market, and they are now much cheaper than natural gems. In fact, they are often less than half the price of natural diamonds of comparable quality. This is because they are produced in large quantities in factories, and the cost of production is much lower than that of mining natural gems.

So, if you’re looking for a cheaper alternative to natural gems, then lab grown ones are definitely worth considering.

Can you insure a lab grown diamond?

There are a few companies that will insure lab grown gems, but it is not as common as insuring natural ones. The insurance companies that do offer this coverage typically insure them for the same reasons they would insure natural ones: to protect against loss, theft, or damage. The cost of insuring a lab grown diamond will depend on the value of it and the insurance company you choose.

The cost of making one can vary depending on the size and quality of the gem. However, on average, it costs about $800-$1000 to make a one-carat lab grown diamond. While this may seem like a lot of money, it is still significantly cheaper than purchasing a natural one, which can cost thousands of dollars. If you are looking for an alternative to traditional gems that is more affordable, then lab grown diamonds may be the right choice for you. 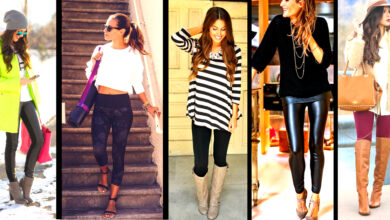 How To Wear leggings In 6 Modern Ways 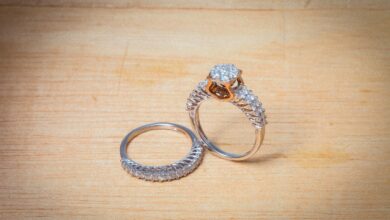 A Complete Guide for Finding Her Ring Size