Supporting local businesses is one of the things we all should do right now to help each other tide through the health and economic crisis brought upon by the pandemic. Small restaurants, in particular, are often very active in giving back to their communities, so it would be nice to lend them a hand as well during these tough times.

However, there’s also nothing wrong in continuing to patronize certain fast food chains if you want to. This is particularly true for those who are known to give back to their communities as they can also contribute largely to the local economy.

If you want to enjoy fast food without feeling guilty about not going to a local business, here are a few chains that might make you feel a bit better about your choice. You can view their menus and prices on websites such as PriceListo.com.

With a philanthropist as its founder and CEO, it’s not surprising that Raising Cane’s is gaining a lot of buzz during the pandemic for its efforts to give back to the communities their stores are in. They have always given back even before the current crisis but they made sure to take appropriate measures when the pandemic hit.

Raising Cane’s actually launched a number of efforts to help out during the first half of 2022. They donated to local hospitals and healthcare professionals by donating masks made by their own team members. They also hosted fundraisers with local hospitals as their beneficiaries.

In addition to these, they also earmarked $2 million to provide aid to independent restaurants. They also have small projects to celebrate the graduation season.

This salad and grain bowl chain may not be as big as many of the other chains listed here but the abundance of their generosity is of the same size. When the COVID19 pandemic hit, they launched their Impact Outpost program wherein they donated free meals to the frontline healthcare institutions in their communities. They also worked with their local communities to make their work more efficient and effective, further boosting the productivity of their program.

After a few months, the company teamed up with World Central Kitchen in order to further expand their operations. Their project developed into the Sweetgreeen Impact Outpost Fund and encouraged the public to pitch in and contribute to providing meals to the frontline healthcare workers who are at the forefront of the battle against the virus.

Panda Express’s efforts to give back to their communities are very similar to what Sweetgreen did: they cooked up hot meals and donated them to the local hospitals in the areas their stores are located. They also started a fundraising campaign called the Panda Box Cares Program which allowed them to donate personal protective equipment (PPE) to pandemic hotspots around the country. They also made sure to take care of their employees with expanded leaves, health insurance, and up to six weeks of pay.

However, what sets them apart is the unique experience their brand had as a Chinese-American company. There were reports of physical and verbal attacks on the workers and locations brought on by ignorant fears. Despite this, the company rallied on and continued to help out.

Like Raising Cane’s, Firehouse Subs is another chain that is very involved in their communities. They have the Firehouse Subs Public Safety Foundation that continuously supports first responders, so it shouldn’t be surprising that they also made sure to do something to help in the time of crisis.

Aside from feeding ‘local heroes’ or frontline medical professionals and donating lifesaving equipment in the communities their stores are in, their Firehouse Subs Public Safety Foundation’s COVID-19 Disaster Relief Fund also provided help to families and individuals who are in need. This program also assisted seniors since they are the ones who are supposed to stay at home more than anyone else.

Another sandwich purveyor that has been very active in giving back to the public is Subway. They have always donated food to the needy but they made sure to do more when the pandemic hit. Crediting their loyal customers, franchise owners, and Sandwich Artists, they were able to donate 15 million meals to folks who need it with the help of Feeding America.

Since Subway has stores globally, their efforts had a very wide reach. They were able to donate meals to healthcare frontliners and even fresh produce to vulnerable people in various parts of the world.

These are just a few of the many fast food chains who are taking steps to help out during these tough times. If you love their offerings and are on the fence about giving them some support in favor of local restaurants, you don’t have to feel bad about taking your business to these chains every now and then. Whichever one you choose to buy from, you can still do your part in helping the economy. 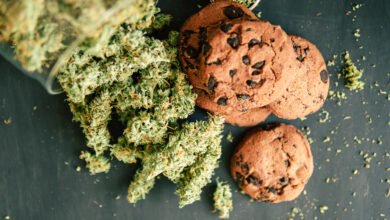 Quick Tips on How to Bake Using Cannabis – 2022 Guide