Conventionally, but also from the angle of fashion and new styles, Jewish designs are immensely popular. Their styles have become a distinct segment followed by the use of Hebrew signs. Artistic pieces of ornaments have been attracting many people for centuries – perhaps people found such accessories as the most excellent way to stay in the physical touch with sacred convictions and protective powers.

Jewelers in Israel have developed a different individuality of the style over the centuries and have skillfully built a place for their art as creators of trends. The reasons must be their ability to go with the flow, or better said, with changing fashion in decades in order to always be in style.

As it’s the case with all things in Judaism, Jewish jewelry also has a meaning. It’s deeply symbolic, extremely significant, as well as inexplicably connected with Jewish tradition. Before buying a piece of Jewish jewelry, instead of choosing it exclusively for beauty, make it an important gift by also exploring the meaning behind the item. There are lots of amazing and unique pieces of Jewish jewelry available in the market right now, from personalized necklaces with different names to rings with inscriptions in the biblical or modern Hebrew words. Let us help you with some of their jewelry designs that you can find in the market today and let’s see how much this pleasure costs.

Hamsa’s hand or a hand of Hamesh is a common motif in Jewish jewelry. Often, Arab cultures refer to it as the Hand of Fatima. This represents the Hand of God. Hamsa serves as an ancient talismanic way of preventing the evil eye and offering a protective hand. It often appears in stylized form, like a hand that has three fingers raised and often with two symmetrically arranged thumbs. The symbol typically is used in charms, jewelry, cars, door entrances and other places in order to get away from the evil eye.

It’s believed that Hamsa’s origin is prior to Islam. The symbol was used before in the Punic religion, where it was related to Tanit. In Jewish culture and Israel, it’s popularly known as Hamsa, without implications of Islamic heritage. Some sources connect the meaning of the five fingers with the five books of the Torah.

The Star of David

This symbol was used in the Roman period in Israel; however, it seems to have been related to Judaism in particular only in later centuries. In the seventeenth century, it became common practice to place the Star of David outside the synagogues, to recognize them as Jewish houses of worship, but on the other hand, it’s not quite clear why this symbol was chosen for this. At this point, the Star of David is a generally recognized Jewish symbol – you can see it on the flag of Israel, as well!

You may see the advertised Chai jewels and be puzzled at what this means, so let us explain. Chai in Hebrew means to live, and the word is made up of two letters, Yud and Chet. The Hebrew letters have a numerical meaning, and the numerical meaning of the phrase Chai is 18. Therefore, many Jews have a habit of giving donations of money or charity in multiples of 18, which means the desire for life. Also, it might mean that Judaism focuses on the value of life.

This symbol is dedicated to the brave and epic Maccabees who fought against the Greeks to protect and defend Judaism over the years. It arouses a sense of pride in its representation and symbol of the redemption and sovereignty of the Jews. This is a true symbol of Jewish hope. It’s appropriate to give the jewelry with this symbol to those who do a great deal of work that can be recognized as part of the responsibility of the Jewish people to be a light to the nations.

This is a small version of the amulets hung by the Jews on their doorposts and symbolizes the idea that God is always present in our lives; He watches the people who live where these jewels are hung wherever they are and takes care of them. Giving a mezuzah pendant or any kind of mezuzah-shaped jewelry to your friend or loved one as a gift is a perfect way to show the wish that the person doesn’t suffer any pain or problems in life and be taken care of by God wherever they may be.

Jewish rings often offer marvelous designs, mostly in 18K and 14K gold, and also in different colors – yellow, white and rose. Diamonds are also an inevitable part of the design when it comes to more expensive variations. Some of the rings even have famous Bible quotes engraved into them. All of them are made with so much effort and each piece is full of unique elements that no other ring in the world possesses. The most expensive rings, mostly made of white gold and the combinations of various kinds of diamonds could go up to $4.900 and even more!

Regarding the earrings, unlike the simplest ones, from $420, some of the pieces reach the incredible prices of a couple of thousands of dollars, depending on the material. On the other hand, for golden necklaces and pendants with these motives and other symbols, for example the book of Torah, you’ll need to put aside up to $132.000. You can see here a couple of wonderful golden 14K ones with the mentioned symbols – they look absolutely stunning, don’t they? And last, but not least, some bracelets made of white gold and adorned with beautiful emeralds and other kinds of diamonds reach amazing $7.600!

In general, Jewish jewelry represents vital historical events, as well as Kabbalistic numbers. Hamsa’s five fingers, the six points of the Star of David, as well as the seven candelabra of the menorah, are intended to remind believers of the Jews of their tradition and faith. In short, Jewish jewels in the form of bracelets with charms, silver necklaces, as well as only one of its kind talismans make a significant presence. It’s hope for the future, built on the historical forms of wisdom. 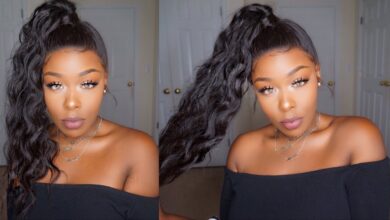 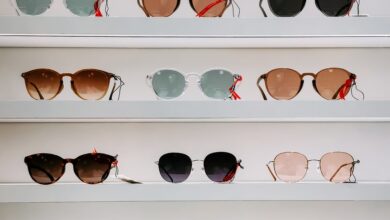 5 Common Mistakes People Make When Buying Sunglasses for Someone Else 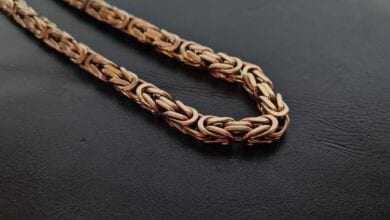 Things You Should Know About Gold Chain Necklaces for Men