How much money can you expect after suffering a motorcycle accident? All fans of two-wheelers know that driving simply needs to be a responsible procedure that should be approached with care and attention. We have only one life and non-compliance with the prescribed measures might easily result in a fatal outcome or serious consequences for the life and health of an individual. It’s certain that many won’t be too engaged to learn more about the compensation for accidents that occur in these circumstances until that happens. But when such a distant scenario becomes a reality, everyone needs advice and guidance to follow in case they need to know more about what belongs to the injured party. A lot of speculation might arise all around, therefore you should approach this issue with seriousness and analyze multiple factors in order to be able to understand what you can expect as a result.

Why are there settlements for such cases at all? It’s a kind of attempt to support the injured party in order to at least somehow keep going on with their life after the accident. Whether it’s a smashed vehicle, medical expenses or any other outcome that may have arisen, appropriate compensation could mean the world to someone and at least slightly mitigate the consequences suffered. However, the amount of money you can hope for depends on multiple factors.

Therefore, let’s first deal with the aspects that the judge and those who decide on its height are obliged to take into account.

Of course. Responsibility for what is done is something that can’t be denied and definitely not so easy to get rid of. It’s quite noteworthy to know whose fault what happened is and who had the most involvement in such a negative development. In addition, a mere word means nothing, and there needs to be valid evidence that someone hit you or in any other way caused the incident. If it doesn’t exist, getting any major benefit from this situation might be rather difficult. What counts is mostly certain video footage from surveillance cameras that could confirm your version of the story, or eyewitnesses who would testify about it.

If you don’t have anything that could rule in your favor, or in case you’re the one who’s liable for the accident or the blame is somewhat mutual, the truth is that the compensation will most likely not be too high. After all, why would you get more if you caused something like that yourself, for whatever reason it happened? And also, rarely will anyone be able to determine something that differs from it in case you have nothing to support the claim.

As the name suggests, such costs can be calculated because we can get the exact amount of money we lost in one way or another as a result of the accident. The higher these amounts, the more the possibility of higher compensation grows. Now let’s take a look at some examples that belong to this group:

So, how much should you expect?

Let’s try to make a pure prediction. The results of a survey conducted fifteen years ago show that the average amount paid to the injured parties in such accidents was just over $73,000. Still, that’s just the average.

In Florida, for example, amounts ranging from $10,000 to $35,000 are most common. The lowest figure refers to cases where there’s no significant physical injury that would permanently affect someone’s health and if there isn’t too much damage to the vehicle that suffered an impact or collision. The amount of the fee generally moves in this range, with varying in relation to the above factors.

For example, if a motorcyclist is hit by a truck, which is much bulkier and stronger, and if the truck driver is responsible, the compensation can exceed $400,000. However, if the motorcyclist, despite the negligence of the driver, violated the allowed speed even slightly, it can affect the amount of compensation to be reduced.

The largest percentage of victims turn to legal aid since that is the only way to reach an approximate figure. Many law firms have a fine base of lawyers specializing in such cases and are often willing to make concessions in such situations. For example, the No Win No Fee option, practiced by Foyle Legal, that holds one of the best bases of motorcycle accident lawyers in Perth, Australia, but some other firms – you can be sure that they won’t charge you for the service if they don’t manage to win compensation for you.

Final thoughts: we can never know exactly how much we can get. Each case is a situation in itself and a credible reconstruction of events and circumstances is what we need in order to reach a fair verdict and meet the needs of those affected by such unfortunate events. 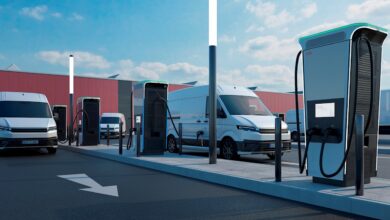 Is It Worth Getting LED Tail Lights for Your Car?