When we hear someone say the word Formula 1, we can’t help but think of Michael Schumacher, the most famous F1driver. He is a multiple champion and deservedly tops the list of top drivers. Of course, many other names have been found side by side with his – Ayrton Senna, Lewis Hamilton, Alain Prost, and many others. Nowadays, one young driver is attracting a lot of attention for a reason – Max Verstappen.

Max Verstappen delighted tens of thousands of home fans when he qualified for the first starting position of the Formula 1 World Championship on the track in Zandvoort in early September in qualifying for the Dutch Grand Prix.

Dutch driver Max Verstappen (Red Bull) achieved his third consecutive victory and fifth this season, with a convincing triumph at the Austrian Grand Prix in Spielberg and increased his advantage in the fight for the title of world champion in Formula 1 over the Briton Lewis Hamilton, who is this race finished in fourth place.

Max Verstappen is a very young competitor and is considered by many to be a great talent. Although he is only 24 years old, he has extended his contract with Red Bull Racing until 2023. In this way, he is determined to continue working with the team that has been supporting him for years. This driver finished third in 2019, right behind two Mercedes (Hamilton and Bottas). He became the youngest Formula 1 driver very early and today many see him as great potential and future champion. Is that really possible? We would say with certainty that it is and read below why we think so.

Lightning breakthrough at the start

This is a very important moment of the race, the moment when milliseconds play a key role, when the driver must be 100% focused and take the lead in the first turn, and that is something we already saw in the performance of young Max when he overtook Hamilton in the first lap. F1-Fansite.com is the place where you will learn more interesting facts about Formula 1.

Verstappen has managed to combine the incompatible – he is only 24, and he already has many years of experience in driving a formula. Let’s just remember his debut behind the wheel when he was only 17, but also the fact that he has had it for the sixth season of F1.

People see potential in it

The fact is that Max Verstappen has a good team around him and that many see him as a future champion. In addition, it is important to point out that this young driver is very realistic when it comes to competition. Let’s remember what he said about Hamilton – although he believes that many would win with Mercedes, this fact must not diminish Hamilton’s skills, regardless of the fact that they are eternal competition.

There is no doubt that this young Formula 1 driver has a talent for driving. Of course, it needs to be constantly improved. There are studies that have shown that 80% of the credit in motorsport belongs to the vehicle and only 20% to the driver. We’re sure Max gives 21% of himself in every race.

Member of the prestigious Formula 1 club

Max Verstappen recorded great success this year by taking first place in the overall standings of the Formula 1 World Championship when he kept seven-time world champion, Lewis Hamilton, at a safe distance. With the triumph at the Spielberg track, the young Dutchman increased his advantage to 32 points in the overall standings compared to Lewis Hamilton, but he also entered the prestigious club of drivers who achieved ‘Grand Slams’ at a Grand Prix. By the way, there is room for only 25 drivers in the prestigious club.

For Verstappen, this is the tenth ‘pole position’ in his career, and even the seventh this season. In the last seven qualifiers, the 23-year-old Dutchman has been the fastest six times. In the driver’s standings, Lewis Hamilton has 202.5 points, just three more than Max Verstappen, which tells us that the situation can very easily turn in favor of the young and talented Verstappen.

Max Verstappen also has a genetic predisposition to become one of the best drivers in Formula 1. Namely, his father also drove F1, while his mother competed in karting, from which he also started when he was only four years old.

Due to the speed with which things take place in motorsport, drivers who compete in it must have extraordinary reflexes. Namely, the reaction time of the average person is 300 milliseconds, while in the case of professional drivers, it can drop below 100 milliseconds! Professional drivers spend a lot of time training their reflexes, peripheral vision, and coordination. This is a sport that requires a lot of effort and sacrifice, as well as concentration because only one wrong step can put your life in danger.

A professional driver attracts sponsors with skill and success on the track, but also with his appearance and charisma. The planetary popularity of a particular driver can be a trigger for sponsoring his team both by the country from which that driver comes and by companies from that country.

If Max wins one or more world championship titles he will be remembered as one of the greats of the sport. If he does not win the title, he will probably become the driver with the most victories who did not win the title. In any case, we are sure that his name will be mentioned for a long time in the world of racing.

Max has recently changed his behavior when it comes to driving. Given his slightly more aggressive driving, Max is considered a very aggressive and immature driver who, if he thinks and continues to engage in Formula 1 racing, will have to change that, which he did. On that occasion, he was criticized by the F1 sports director, Ross Brown, emphasizing that he is still young and that it is positive that he is learning from his mistakes. 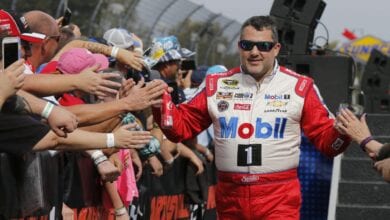