The blonde haired popstar Rita Ora has not released an album in America but she is just as talked about as her peers. Rita Ora’s rise to super stardom almost happened over night thanks to the help of Jay-Z who signed her to his Roc Nation label. Although her debut album was only release in Europe, Ora has a global presence and strong fan base. She has almost 4 million twitter followers garnering nearly 15,000 new followers daily. Her beauty and mass appeal has allowed her to become a marketeers dream.

In 2014 she was named the new face of Roberto Cavalli. Rita will appear in the fashion house’ fall campaign. The deal was worth a reported $9 million. She has also served as the face of Adidas in deal worth $4 million. In 2010, Ora appeared in commercials for Skullcandy headphones and Calvin Klein’s ubiquitous fragrance, CK One. Last year, becoming the face Madonna’s Material Girl Clothing line earned her a supposed $845,000 and her deal with Superga sneakers was worth $250,000. 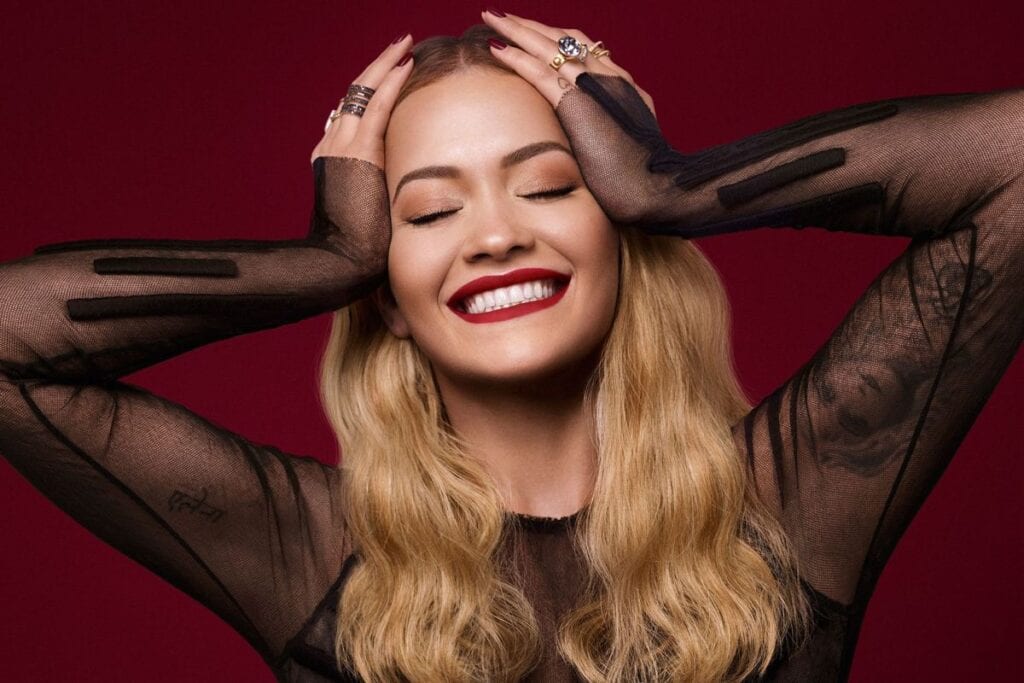 In 2013 Rita secured the gig of a lifetime. She was cast in the film adaptation of Fifty Shades of Grey.  Rita is certainly using her wealth to garner even more money. She’s is co-owner of a Soccer team in her birth country of Kosovo.

Rita has been compared to everyone from Rihanna, Miley Cyrus, Beyonce and on. But the young starlett has no worries. She understands that she has barriers to break on her rise to fame and she is certainly beginning to stand out from the bunch. Her fun, flirty and edgy style has put her name on the countless media outlets “Best Dressed List”. She’s stepped on just about every red carpet and stunned watchers with her high fashion looks. Cosmetic companies have certainly taken notice of the beauty who turned down offers by Covergirl and Mac. She is releasing her own line of lipstick with Rimmel London.