These are some horrifying, yet stunning photographs of what they are doing in Switzerland with Chemtrails – It is almost like they are CARPET BOMBING the whole country!

A user called Look Up, Wake Up via Before It’s news posted the article entitled “They Are Killing Us With Chemtrails In Switzerland!!!! (Stunning Pictures)” [1] and here is what they had to say:

I live in the Valais in Switzerland, a once beautiful area with breathtaking views, once boasting over 300 sunny blue skies a year. This was due to the fact that we are surrounded by the Alps which create a natural block to the passage of clouds. Unfortunately this is a thing of the past. We are lucky if we have 50 full blue skies a year now. In any event I have counted no less than 300 days of chemtrail spraying within the last year alone and have photo graphic evidence of each day of spraying since August 2011! 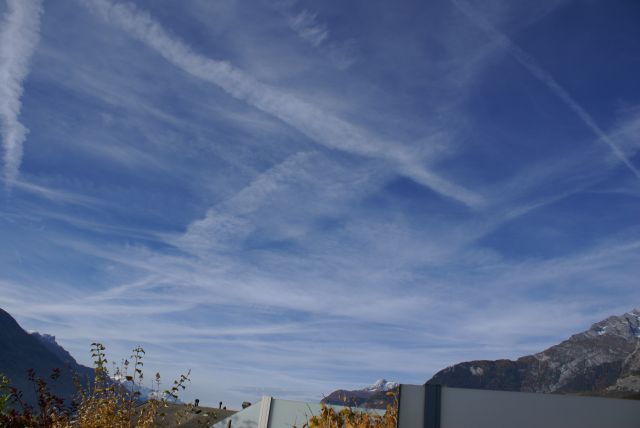 How many engines do you count? and how many trails? (not my photo) 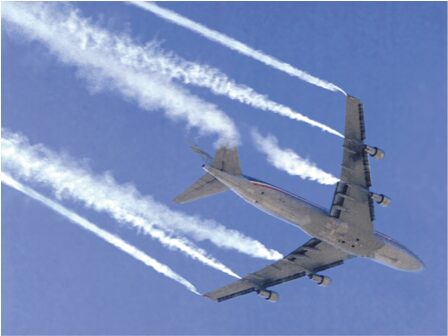 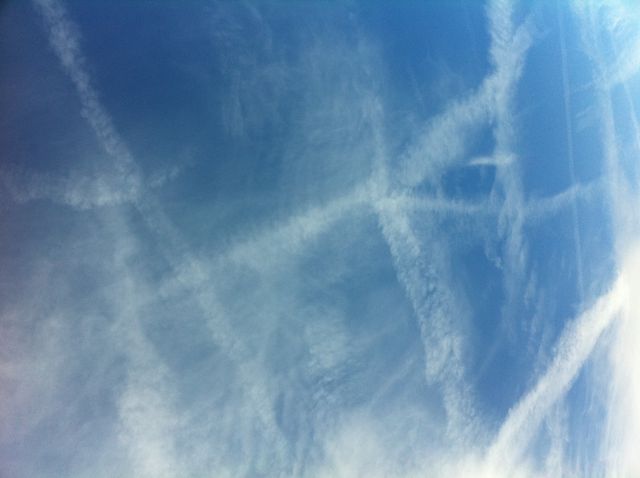 Over the years I have made certain observations, some that I have never seen described before…for example I noticed one day two planes flying side by side ejecting different color aerosols out the back. I summized that the two chemicals emitted where being mixed in situ. I have dozens of photos showing this. Here are just a few…

Notice that one plume is white as snow and the other pink! Any courageous whistleblowers willing to let us in on what this crap is?

Last but not least… in June I had rainwater that accumulated on my jacuzzi cover analyzed and guess what I found…among other things 38mg/liter of aluminium…that is 38’000 microgram/liter!!! Normal acceptable amounts found in rainwater are between 10 and 1200 micrograms!!!! YOU DO THE MATH!