The Foreign Exchange market is shortly called the Forex market and is currently the biggest and the most traded financial market in the world. By the name of Foreign exchange, we can understand that some exchange is involved in the process. The transaction of changing one currency to another is done for the purpose of trade between two countries and tourism. Many banks, international traders, and firms with big capital and ultra-high net worth individuals are the most common participants in the Forex market, making it the most liquid financial market around the globe, with a $6.6 trillion daily average turnover.

The forex market is unique to other markets as it has no physical geographic location, and trading is done electronically via mobile or computer networks. This market is also called the Over-the-counter market (OTC).

The forex market or fx market refers to an international marketplace where banks, international firms, and investors trade by betting on different currencies. In simpler words, forex trading is done by speculating the price of currency pairs against each other. A country’s economic policies, geopolitics, world events, and international trade relations influence the demand and supply cycle of the forex market.

Who is a Forex broker?

Just like any other financial market, the Forex market has a broker. Forex broker acts as an intermediary by performing all the purchase and sale transactions on behalf of the traders. However, the forex market is unique as it enables traders to trade with leverage that magnifies profits and losses incurred while trading.

Let us understand some basic components of the Forex market.

PIP and Spread in forex trading

Leverage is the profits you gain by trading large amounts of currencies borrowed from the forex broker and making profits from the difference. Leverage helps the traders maximize their capital, and it magnifies the profits and losses incurred from the trade.

A LOT in forex trading.

Currencies are traded in a bunch to22 standardize forex trades and help increase the liquidity of the forex market. In forex trading is 100,000 units makes up a Standard Lot

How to conduct analysis in forex trading?

The fundamental analysis is done based on world events and by analyzing the economic policies of a nation that affects its currency. Investors prefer strong economies to grow their businesses since the currencies of those countries will be in demand. We must keep our eyes and ears open to know what’s happening around the world to predict the forex market trend. The central banks and government’s financial practices will strongly influence the forex market as they are the deciding factors of a currency’s demand. As discussed above, world events, geopolitics, and international trade relations should be considered by traders for fundamental analysis of the forex market.

Forex trading does not have an international governing body. Instead, it is monitored by the domestic or a nation’s securities and exchange boards. For example, Australian forex trade is governed by the Australian Securities and Investments Commissions (ASIC).

How Is Self-Employment Tax Calculated by Flyfin Each Quarter?[

What Is a Secured Credit Card – How Does It Work 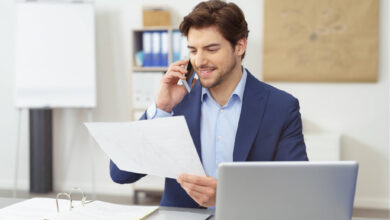 How to Choose the Best Accountant in Canada