Countless individuals across the globe want to quit smoking. They know doing so will save them money and improve their health. Smokers have grown tired of the smell of cigarettes and how it permeates everything they own. They want whiter teeth and don’t want to hunt down a lighter or avoid certain places because smoking is prohibited. Many of these individuals make the move to vaping as a way of kicking their tobacco habit for good. Why is vaping becoming more popular, and what should people know about this activity?

Individuals who smoke increase their risk of a variety of health conditions and people can learn more at Indejuice about these dangers. However, certain things remain clear when it comes to smoking. Men and women who smoke are two to four times more likely to suffer from coronary heart disease, and the same is true of stroke. A man boosts his odds of lung cancer by 25 times if he smokes, while women are 25.7 times more likely to suffer from this disease. In addition, smokers miss more time from work and use healthcare resources more frequently. However, this stands as only one type of cancer smokers are more susceptible to.

Men and women who smoke have a higher risk of contracting several types of cancers. This includes bladder and blood cancer along with larynx cancer. Stomach cancer, colorectal, and cervix cancer cases remain higher in smokers, and the same is true of liver and pancreas cancer. If this isn’t enough reason to quit smoking, people need to understand other health risks associated with this activity.

Researchers have linked smoking with a higher risk of rheumatoid arthritis, and smokers experience more inflammation and a reduction in immune function. Individuals who smoke put themselves at risk of developing type 2 diabetes and smoking makes it harder to control this disease. In fact, smokers boost this risk of type 2 diabetes by up to 40 percent if they are actively smoking. Cataracts develop frequently in men and women who smoke, and the risk of age-related macular degeneration increases in smokers. Women who smoke find their bones are weaker than the bones of women who don’t smoke when they are past their child-bearing years. Their bones break more easily as a result, and men find smoking decreases their fertility.

The Dangers of Secondhand Smoke

Smoking doesn’t just affect the person who smokes. It also impacts family members, friends, and others. Secondhand smoke comes in three forms. Mainstream smoke occurs when the smoker exhales, while side stream smoke comes from the burning cigarette. The smoke contains several toxic chemicals, including ammonia, cadmium, and formaldehyde. Residue from the smoking process contaminates many surfaces, such as carpets in the home and dust particles found everywhere a person goes. Young children remain most at risk of exposure to this smoke, thanks to their curiosity. They get into everything and spend a lot of time on the floor. Carpeting remains a major source of thirdhand smoke.

Secondhand smoke leads to many health issues for those who have never smoked. Some individuals who have never smoked but were exposed to secondhand smoke receive a diagnosis of lung cancer. A person’s risk of heart disease increases by up to 30 percent when they are exposed to secondhand smoke, and exposure to this smoke even for a short period leads to a measurable decrease in lung function in non-smokers. As a result, a person’s risk of chronic lung disease goes up.

Many men and women think vaping and smoking serve as the same activity. However, key differences exist between the two. Smoking a tobacco cigarette results in the production of smoke which allows users to bring nicotine into the body where it is absorbed. Electronic cigarettes and vaping devices don’t produce smoke. As their name suggests, they create a vapour by heating fluid within a device. The user then inhales the resulting vapour, which contains nicotine. Both activities result in the nicotine being absorbed by the body, but electronic cigarettes don’t create the smoke that concerns many.

After reviewing the dangers associated with smoking, men and women want to know if they will expose themselves to similar dangers if they vape. The answer appears to be no. Public Health England shared a landmark review with citizens that found vaping is 95 percent less dangerous than smoking tobacco. The review points out that most individuals aren’t aware of this.

The authors of the review want individuals to be aware of vaping as a safe alternative to smoking. In addition, they want people to consider vaping to kick their tobacco habit. Why do they feel this could be of benefit to smokers who often struggle to give up tobacco for good?

Why Is Smoking So Dangerous?

Cigarettes burn and produce smoke, which users then inhale. They do so to bring the nicotine into their system, but it also brings harmful and toxic chemicals into the body. Public health officials do caution that inhaling any substance comes with a risk. Certain individuals have become ill, injured their lungs, or died as a result of vaping. However, some deaths were the result of THC in e-liquids purchased on the black market or concocted in someone’s garage. Although vaping isn’t 100 percent safe, it is considerably safer than smoking.

Why Electronic Cigarettes Serve as a Better Option

Smoking involves the burning of combustible materials, and smokers cannot easily control this process. Electronic cigarettes eliminate this concern, as a person has more options available to them. The consumer selects their desired e-liquid or vape fluid and the amount of nicotine it contains. However, they must learn about the different options and choose the one that best meets their needs.

The e-liquid stands as only part of the equation. Individuals find they may adjust the electrical voltage of many devices to control the amount of nicotine taken into the body. Men and women looking to kick their nicotine habit find this to be of great help. Nevertheless, those who want a bigger hit of nicotine also find they benefit when using a device of this type. They can increase the voltage to get this bigger hit.

Don’t assume nicotine isn’t addictive when a person vapes. Nicotine in any form remains a substance that a person may become addicted to. In fact, some individuals claim nicotine is as addictive as many hard drugs such as cocaine. Individuals must recognize this and use it as part of a larger smoking cessation program for the best results. Some individuals find they benefit from adding vaping to their cessation program, but others find it doesn’t help them kick their smoking habit. It just offers them an alternative way to get the nicotine they cave.

Teens and young adults need to take this into consideration if they are curious about vaping. While vaping remains safer than smoking cigarettes, it’s best to avoid both activities completely. E-liquids do contain nicotine, which is addictive, so it’s best not to start. For those who use tobacco products, consider making the switch to protect your health and minimize the damage you are doing to your body and others around you.

One concern of many individuals involves passive smoking. Smokers know that their secondhand and thirdhand smoke harms others every time they exercise their free choice to smoke. Other people don’t have this same choice. They either take in the smoke or must avoid this smoker. Smokers appreciate knowing that when they vape, they remove this concern.

The secondhand vapor contains very little nicotine. In fact, it’s negligible when compared to the amount of nicotine found in the smoke produced by tobacco products. This is one area researchers continue to study to ensure they are sharing accurate information with men and women. However, at this time, they believe vaping serves as a far safer choice than smoking. The move to vaping benefits society as a whole.

One concern remains concerning vaping. People wish to know the long-term effects of this activity, but researchers cannot provide that information at this time. Early data suggests there may be a link between vaping and heart disease as well as vaping and lung damage, but the links remain unclear. This explains why research continues in this area. The health community, academics, and more continue to focus on these questions, so men and women can have accurate answers.

While many questions remain regarding vaping, one thing appears clear: vaping is safer than smoking. If you have been trying to kick your tobacco habit, vaping may help you do so. It’s time to check this option out and see if it is right for you. Many people find it is. 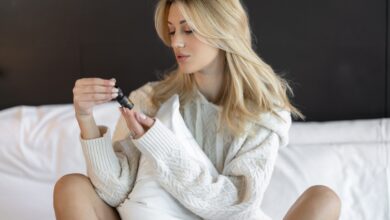 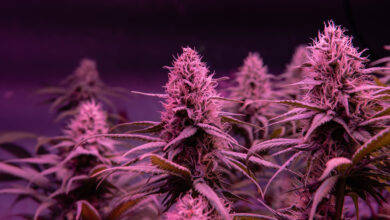 What Is THCP Used For? 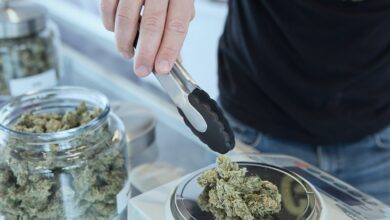 How to Store Cannabis for an Extended Period