Do you think it’s possible that now the no-nonsense Blue Avians are here, the stars are aligning, the cabal has taken one step too many over the line in the sand with their attempts at nuking various American cities last week and their frequent assassinations of inconvenient people that the ultimatum has been given? 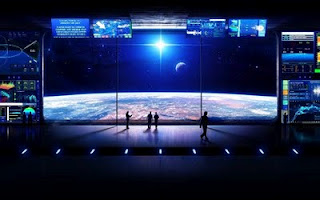 Could the reason for Putin’s absence be due to an impromptu meeting with the Star Nations? Did they advise that “it’s time” to expose everything and that “we’ve got your back”? I believe they’ve had his back for awhile. Now that Putin’s daughter has been born, perhaps he can put his full attention on Universal matters.

Where better for the news to come from than Russia—with love?! Who in their right mind would announce this from anywhere in the USA—the den of thieves?

Disclosure will NEVER come from the American shadow government—unless you allow that cute little interlude between Jimmy Kimmel and Obama the other day. In case you missed it… that is what we call ‘soft disclosure’, and they only do it as a joke. Ha. Ha. Interesting that they only tell the truth when it’s supposed to be funny.

There are no accidents. I’m just thinking out loud here, but let’s ask ourselves if what is coming could be “The Event”…