Regardless of the type of loan you apply for, you will be presented with the additional expenses you have to pay. You can observe the interest rate as the fee for a service of lending the money, and also, in a way, the compensation for the potential risk. If you are thinking about taking a loan from the bank, it is of crucial importance to understand each aspect of this cost fully.

How have interest rates change over time? What causes these changes, and how to choose the right loan for you? These are some main questions we will answer in this text.

Interest rates on loan and savings

The very first thing we have to clear out is that these are expressed both when taking a loan and when opening a savings account. Naturally, these two can greatly differ. When it comes to the former one, it is the cost you will have to pay alongside capital, i.e., the original amount of money you borrowed, but when it comes to the latter, it is the money you will earn.

The history of interest rates in the UK

In 1979, the Conservative government increased the interest rate to 17 percent as a method of fighting inflation, which was constantly rising during this time. In a way, this technique was successful since inflation began to drop, but the government was criticized for taking this step since it had a negative effect on the country’s manufacturing exports.

On September 16, 1992, the UK pulled out of the European Exchange Rate Mechanism. This action had a direct effect on the base interest rate since it increased from 10 to 12 percent at 10:30 am that Wednesday. Later that day, the prime minister, John Major, stated that the government would further increase it to 15 percent. The main goal of this was to encourage speculators to purchase Sterling, but however, when this didn’t work, the government lowered it to the initial 10 percent on the next day, September 17.

Let us tell you, a lot has changed since the early 2000s to this day. First of all, from 2003 to 2007, the interest rate increased significantly, from 3.5 to 5.75 percent, as another method they used to gain control of inflation.

Then, in 2008, the global financial crises occurred. Initially, the interest rate started falling down from 5.75 percent to an astonishing 0.5 percent by March 2009. During this time, it was at the lowest level since the 18th century. This trend continued, so it reached 0.25 percent in August 2016. Still, there was a slight increase, so in November 2017, it was at 0.5 percent.

As you can assume, the current situation caused by the Coronavirus pandemic has had a significant impact on these levels in the UK, and if you want to learn its present-day level, visit Think Plutus.

There are numerous things that affect the change in interest rates, and the first one that we will discuss is the law of supply and demand. This is quite simple. If the demand for money increases, so will the level of the interest rate. On the other hand, if this demand decreases, the same thing will happen to the interest rates. In addition, the supply of credit has the same effect. If it increases, the rates will drop, and vice versa.

As you can assume, upon reading the short presentation of the history of the levels of interest rate, inflation is another significant factor. If inflation starts increasing, the interest rates will follow, and there is a reason for these. High-interest rates are beneficial for people who took out loans, but lenders want to protect themselves, so when this occurs, they demand that the level of interest rate increases simultaneously with the inflation. Finally, the government also has a say in how these leves act.

What to consider when taking a loan?

Before we conclude this article, we will discuss a few things that you have to think about and provide you with some tips on how to get the best interest rates possible.

First things first, you should maintain a good credit history. If your credit score is satisfactory, the bank will grant you lower interest rates. This would tell them that you have master the skill of managing your finances and that their risk of lending you the money is practically non-existent.  If you think that there is still enough room for improving your credit score, there are a few things you can do. Firstly, you should reduce the number of credit cards and account you have by closing those you no longer use. Secondly, you have to try to pay all your bills and expenses on time.

Moreover, make sure to gather all the information. Apply for a loan for the first time can be challenging simply because there are numerous things you might not be familiar with. This is why you should go to a consultant, present them with the information regarding your finances, tell them about the reason you need the loan, ask them to calculate the rates you will most likely be presented with, and so on. This is the only way to be certain that you understand the ins and outs of the entire process of getting and repaying the loan, and also to rest assured that you have chosen the right plan. 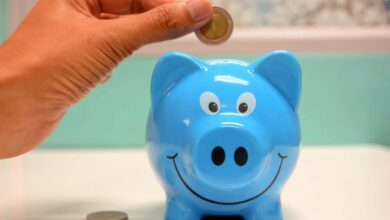 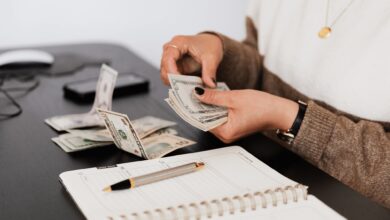 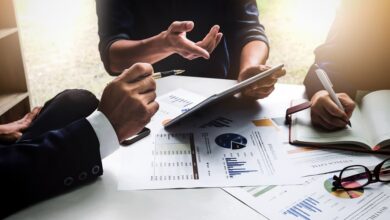 What Should You Look For When Choosing a Financial Planner?