We all love pick-ups because of their reliability and performance. They can work in industries where they carry heavy loads around or can be used in off-roading, where they traverse the harshest terrain while providing comfort or their ability to perform well in highways like SUVs. It is with these features that D-max has gained a lot of love from its fans. This article will discuss Isuzu D-max in-depth and analyze its price, exterior design, interior design, infotainment system, back seats, trunk, engine, and overall performance. You may also want to click here for more detailed reviews of Isuzu D-Max.

The price range of D-Max varies in regards to the level of trim you choose. The starting price is $20,900 and goes up to $62,900 depending on the model’s year of manufacturer.

The utility specification models have a very basic interior comprising easy-to-clean surfaces and plenty of hard plastic, which is purposely made to withstand the harsh conditions of work the car was built to do. All the models come specked with Bluetooth connectivity, air conditioning, LED daytime running lights, and electric-powered windows.

The two top-grade models come with a nine-inch touchscreen system with wireless Apple Car play and USB connected Android Auto. The rear seats also get additional USB charging. The lower models come featured with a seven-inch screen with the Apple car play and android auto, which have small buttons making it hard to operate.

The base models, the SX and LS-M, are speckled with rubber floors and have hard fabric covers for the seats. The LS-U comes with fabric seats and carpet floors. The X- terrain comes with more advanced features like leather accented seats and a steering wheel.

The Isuzu D-Max has three cab versions. The single cab has two seats only; unlike the previous bench seat, it also comes with a center front airbag. The extra cab model comes with two seats, unlike the previous models before 2023, which had four seats. The dual-cab offers five seats, with the rear being foldable to increase storage space. It also supports ISO fix child seats.

The RWD D-Max is six-speed and has a fuel economy of 45.6 mpg and a Carbon emission of 163g/km. The four by 4 model scores even better fuel economy by having 40.4 mpg and 183 g/km. The best in fuel economy is the four by four automatic, which can score 36.2mpg and has a 205g/km carbon emission. The advantage of D-max compared to other competing brands is that Isuzu does not use AdBlue, so you don’t have to worry about filling the second tank when you are in a gas station.

Load space and Practicality of the D-Max.

Isuzu D-Max offers many designs of the cab; single cab, extended cab, and double cab. It also offers a variety of drive trains which are; 4 by 2 and 4 by 4. They all come standard with the low range, which is handy when off-roading.

The D-Max has a broader range of load covers or hardtop backs. These covers are available for both the extended cab and the double cab models. A tow bar receiver hitch that comes with its electrics is also available. Available additional features may include; roof bars, frames, and cargo rails used to hold the bed. On top of this, there is a bed extender which allows for longer loads to be carried.

All the models come standard with ABS brakes, electronic stability control, and traction control. The front bumper and bonnet have been designed to improve the people’s safety in the car during a crash.

All models come standard with dual front, side, and curtain airbags and a height-adjustable seatbelt, which maximizes protection to the people inside the cab. The four by four has some advantages with selecting the four by four option on the move; this enables extra grip by the wheels in slippery conditions. It also has a hill start assist and descent control assists, which comes standard on all the models. 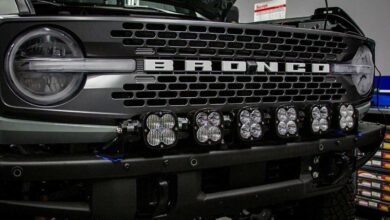 5 Keys to Getting Your Ford Bronco Parts Replaced 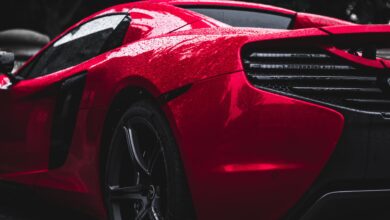 In the Market for New Wheels? Here’s What Your Need to Know About Car Shopping in 2023 5 Ways to Keep Your Car Tidy During Long Trips