The auto parts market is overflooded with parts of different prices and quality. They are produced everywhere globally but look as if they are the original, making it tricky to know whether the amount you’re buying is actual or fake.

Most have faced a situation where you needed to buy a spare part for your vehicle and ran into “the special offer.” These offers included car parts with a price significantly lower than the one offered by the car manufacturer. Then you ask yourself, how is this possible? It sounds a bit fishy… But what the experience shows is that many people accept these offers thinking – it’s just the brand they’re selling, the part is the same, equally good, just not packed in a nice, branded box. The truth is, a fake car part can cost you a lot more because the one you install can cause a series of damages in a short period.

But how can you recognize if the part is fake or original? Keep reading to find out.

Fake car parts can be even five times cheaper than the factory originals. However, buying these parts, in the end, is way more expensive. In most cases, we’re talking about very poor copies made of material of poor quality, which never got tested. Testing the part is an important segment after it’s produced, and all the car parts manufacturers are performing this.

Considering buying the original part, but not necessarily the new one, is way smarter and safer.

UsedPart.us for example, offers a variety of car parts, mechanics and skin, that are used, but still original. In cases when you have to change a couple of parts, it’s much smarter, cheaper, and safer, to turn to these dealers and buy used, but original.

Technical documentation also determines the price. Not all manufacturers buy technical documentation from the car manufacturer. They aim to make money, and the price of such parts is usually lower than those who come with the documentation. But the quality is doubtable and may require money being spent on more additional repairs. A cheap part can break at any moment. For example, you chose to buy cheaper breaks, that end up lasting 3 to 4 times less than the original. And no one guarantees they will actually work.

And what makes the original recommendable? It’s simple. The original is manufactured in accordance with the technical documentation promising the optimal performance. Therefore, the risk of failure or breaking is minimalized. Second, the original can be easily changed in the service center. But there’s also one more category- the grey original. The trick with these is that you buy the original spare part with all the codes and markings, but you don’t buy it in the official service. You buy it from the independent dealer. The price is usually a lot lower, but not because it’s fake, but because the dealer has fewer expenditures (no taxes, licenses, etc.). The so-called “grey choice” is a good money-saving option.

Mechanical engineers and other professionals claim that the basic difference between the original and a fake is in the way the part was developed and manufactured. By just looking, it’s not easy to spot, but if you compare the original and fake by placing them on the same table, measure them, you can see the differences are rather obvious. The geometry is totally different, the technology of the manufacture is way simpler, and specifications in most of the cases are not there. All of that leads to the conclusion that buying a fake is never recommendable.
Just by closely looking at the part and its features you can see it has been made in a hurry and very unprofessional.

Identifying the fake part according to the package it arrives in is easy and has shown to be valid, and we’ll give an example of how to recognize this.

Most, if not all, of the original car parts, are delivered in a thick cardboard box that carries one or more stickers with the producer’s logo. All original parts have a stamp on the box and the sticker, as well.

If the part is wrapped in some other nylon container or lesser quality box, this is a clear sign that it’s fake.
When analyzing the sticker on the box, you will notice that the factories always have a double-layered sticker on the package. The first layer is the base, see-through one with the name of the manufacturer, and the second one is the protective one.

By carefully examining the package, you can notice a few more things that tell if it’s fake or the original. If the sticker is glued wrongly or have scratches on them, they’re fake. Original parts and their package always contain the country of production or origin. Fakes do not contain such information.

Fake parts can be found mostly on all vehicles; however, certain vehicles are so expensive and rarely driven, that there’s no use in making the fake parts. These are mostly luxurious foreign cars fraudsters see no use in copying because the logic says if the owner has enough to provide such a car, he won’t be searching for a cheaper car part. Those people fix their cars in the official manufacturing services and don’t waste their time in searching for the parts themselves.

As for the cars driven by “mortals” and “common people”, the situation is rather different. Someone will always need a cheaper car part, and won’t even be confused by the packaging nor the quality of the part. These are exactly the kind of customers fake car parts dealers are hunting for, and thanks to them the market will continue existing.

It’s safe to conclude that if you wish to avoid fakes, then keep in mind they are expensive or search for them in the used car parts dealing shops. And always, consult some professional, before you make your purchase. 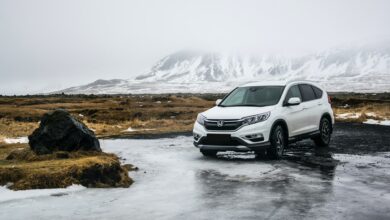