As the Black Nobility House of Guelph and ancients such as the Giustiniani’s control your lives, who determines your right to even be, once determined as surplus to their needs? That time is fast approaching, but conflicting all their NWO ideologies, is the emerging Chinese Eurasian theoretical model, soon usurping all. This alone will defeat the Black Nobility, with their US / EU Cabal Agencies and Khazarian Mafia Banking underlings. Oh what a tangled web ensnaring and trapping all caught within. But now, the bell also calls time on them all, as history always does. Big changes are coming. Eurasia will take it all. New Orders will evolve. New Power families will emerge.

Where are you each among the 90% plus population of victims considered surplus to their needs? Surplus stock is culled. With no power, or purpose, who calls time on your right to feed from the dwindling resource pool they presume to control? Without profit, what value are you to them?

All human life is Ethereal life. Precious to all. They have No Cosmic Right to deny yours! But cocooned in their Elitist, febrile existence, if not deterred, they will. Most nations have no concept or awareness of their very existence, or the powers they hold over each and all of you.

The Venetians control the Federal Reserve.

From around 1,400 AD, European powers evolved around 2 camps:

The Popes have aligned with the Guelphs, and all modern history evolves from the power struggles between these two families.

All that can go wrong, has, but to a planned order. All Coups, Revolutions and Wars from the 19th century onward can be traced to them as the Guelphs enhanced their power, to stage their New World Order.

It was the Guelphs who developed the Gnostic cults which they used to perpetuate this control of Politics and Financial orders, via the Rosicrucians, their Fabian society and the World Council of Churches. They had founded the East India Trading Company which ruled the world from the 17th century, transferring operations from Hamburg on to Amsterdam, and finally to London with its growing Global subservient banking interests. Hidden behind also in Lugarno on the Swiss / Italian border, are the Flight Capital Laundering Banks so favoured by the Mafia also, as well as the Venetian Black Nobility. All are part of the Global empowered families of the Committee of 300 network to maintain and Vampire feed from their Empire.

What is not known by the gullible public, is that even as early in 1822 a Secret Treaty of Verona between Austria, France, Prussia and Russia (!!!!), was coordinated by the Jesuits who agreed to smash the US Constitution and suppress the freedom of the US.

Note their declared methods, destroying Free Speech, destroying and suppressing the press, universal censorship, sustaining the cooperation of the Pope and Clergy to use Religion to keep nations in passive obedience, and financing wars. Sound familiar? That treaty is still not legally void, and was placed on live Congressional record on April 25th 1916 by Senator Owen.

These families refuse to recognise any right to rule except their own.

The Bilderbergers bind together the 3 central control groups, these being the Wicca – Masons (Communists), the Knights of Malta (Vatican Jesuits) and the Black Nobility families under the Bavarian Illuminati. Each have 13 representatives on the 39 person Nazi Bilderberger Board, the NWO Coordination Council, to effect World Rule.

The Club of Rome is a conspiratorial Vatican Jesuit marriage of interests between the Anglo American Financiers, and the Black Nobility families of London, Venice and Genoa.

They built up the Cult of Christian fundamentalism, as well as to strengthen the Zionist State of Israel, giving the Jews a mischievous cocktail poisoned chalice belief of being a mythical version of God’s chosen people. From Jehovahs to Jews, always the same ridiculous mantra to naive and trusting children. Follow the Pied Piper blindly to the precipice. YOU ARE SPECIAL. It fed the SS.

How did that help the poor 6M, Not So Special Ones, in the Concentration Camps and the c50M more who perished in dreadful circumstances for these ravenous Wolves? The Vatican and Zionists were up to their duplicitous necks in it all. Depraved Elite humanity. Did their false religions help any of the dead? It saved none!

Slave Colonies were created by the Guelphs to service and profiteer from the Colonies such as America, and Caribbean Islands with its plethora of Offshore Banking and Tax Havens to hide their wealth and ill-gotten gains. Their Drugs trade from South America to feed the habits and noses of North Americans as a captive enslaved population mass bred to service the emerging 20th Century Industrial emergence of a temporary Superpower, and the creation of a lower class for the US War machines as the Foot Soldiers of the Military Industrial Cabal, marching to CFR’s and Tri Lateral’s policies, as provided to them and directed by the policy publication committees within the Bilderberger meetings, where the Global policies pre-formulated to align and feed the needs of the Empire would be revealed to the network of collaborating Political, Economic and Industrial corporations. One where Corporate Gofers like Barry Soetoro, a Kenyan Indonesian Communist indoctrinated Muslim with a false Birth Certificate and bogus SS numbers, could be slipped in a Ringer to dance to the Organ Grinders needs. How can US Justice be so Banal?

With Technological Innovation and Robotics automating ever more processing and Data Storage tasks, if not possessing a valued skill, who needs or pays for you in future once obsolete? Do you even have a future, or a point to an all-powerful Cabal Autocracy? We discard obsolete People Carriers. What about obsolete people or redundant skill carriers? Who pays as the Cash and Jobs run out? Who prioritises the Right of Life? Who needs you? Who feeds you? If you can’t pay to play, who funds your right to say? Assess CFR and Tri Lateral convention policies. Population reduction. Be careful, be clear. You have been ordained no Political rights, and The Constitution has lapsed. Most now are in fact, transient, soon to become redundant Colony Slave Farm Stock assets. Functioning and funded for what purpose?

(These are challenging comments to Enlighten, not offend you, so please read in the spirit of debate only intended)

In America, ever more so within the narrow Elite base of the Cabal SS stronghold, you feature where? Having denied you truth, denied you the protection of The Constitution, denied your mass nationals all too often adequate education for all, as all else has been sequestrated from you, next who defends your right of life itself? Which other nation is so stocked up with Hollow Head bullets (held in Billions) FEMA Camps, (Red Zone Marshaling tracks) and the vast array of armoured Military Police use of armoured vehicles to use against you?

Which other nation would not have the Clintons locked up on RICO charges long ago? Both the Rodents! The Bushes also!

Society is changing and fast evolving, but all under the auspices of the economic power franchise of the Black Nobility, overlords of all. With such corruptly sequestrated power as has been taken from the gullible and media naïve US electorate, assets have been corralled into the viperous Cabals control, with no Democratic considerations or representative human values.

The Black Nobility’s historical agenda and operating modus operandi has always been to control the Holy Roman Empire by the creation of savage recessions, and following depressions, to sequestrate assets for only fractional values, and to cross create and control a Welfare Dependent Society. Sound familiar? Look at the unfolding EU mess now. Chaos! The British Electorate, with a free vote, have just elected to leave, and replaced their Jewish Astor family and Masonic family linked Prime Minister, with a Female Christian Churchgoing fundamentalist who has already placed committed new Brexit Ministers in place to leave the Union, and torpedo the Black Nobility plans. But no such freedoms yet for Americans. 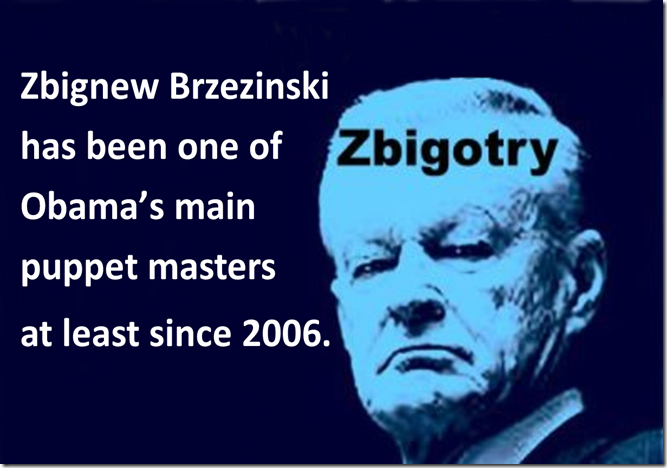 Brzezinski, as the US based CFR Policy coordinator for the Black Nobility has determined that the US must leave its old wealth and job creating Industrial base behind, and enter a new historical era.

But if not educated to function with value, contributing what?

The Committee of 300 now realise, the old Plantation needs are gone, as are the Industries, and the Colonial Human Stock now serves no value to their Empire. You are Birth Registered as Corporate Farm Stock assets to be deployed, or retired. What happens to ageing farm stock? As 300M surplus ageing or redundant Archie Bunkers and Simpsons ask, are they looking at me? Joking! Well, maybe? But who will speak for you, if they stock take at the zoo?

Note the key Jewish family members now among the Elites, all achieved from Usury banking.

Rothschilds, Kuhns, Loeb, Lehman (in between losing fortunes of yours), Rockefeller, Sach, Warburgs, Lazard, Goldman, Schiff, Morgan, Schroeder, BUSH, Harriman (who played such a link with the Bushes Treasonously funding Hitler and the Nazis).

What do you know of the Giustiniani Black Nobility family of Rome, Insurance giants, who trace their lineage to the Emperor Justinian?

The Dorai family, financiers of the Spanish Hapsburgs.

Etinenne D’Avignon, as a Member of the Committee of 300, was assigned the task of collapsing the Steel Industry in the US. Hundreds of thousands of now unemployed Steel Industry and Shipyard workers have him to thank.

Avril Harriman’s role to interface between the Soviets and White House was taken on by Kissinger, after Harriman’s death.

How many of you even know the names or roles of those controlling so much of your lives with total disregard for the sanctity of it? Do they pay taxes? Don’t believe it. 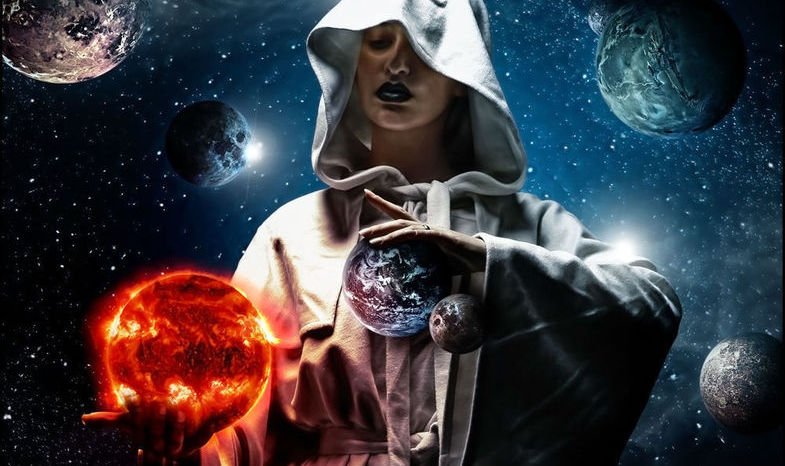 Eisenhower forewarned what was coming to America. Jack Kennedy died trying to expose the Fed criminality and the power of the Pentagon Neo-Nazi Agency Cabal. How many thousands of businesses does the CIA now own and run to fund its unregulated and out of control Global War Machine and to protect its Drugs, Arms trafficking and Crime proceeds? They are not controlled by Congress, so who does? Who are the Knights of Malta controlling so much of your lives? Reporting to who? Who Owns Title to YOU in this human Zoo?

But the British, having just thrown a giant curved ball into the EU‘s contrived NWO mechanism, now also offer the Asians a major backdoor entry to move forwards with Eurasia, sweeping aside all in their path, using Economic, not Military might. The US having woefully and recklessly neglected its once so powerful industrial heartland, is simply being swept aside by incoming tides of change, where time waits for no man. Eurasia will over face and replace Europe. Sweeping with it, all previous presumptive Nobility. As Britain becomes Bankers to Eurasia, who will become the new Tai Pans of Eurasia? The next economic Power Houses?