Small and large organic farms alike that sell produce would be impacted by the proposed new rules, which would place burdensome restrictions on everything from compost to livestock to water – so much so that many organic farmers will be forced out of business” — Judith McGeary, executive director of the Farm and Ranch Freedom Alliance.

Farming methods that have been used in America and throughout the world for centuries are in danger of essentially being banned under proposed regulations by the U.S. Food and Drug Administration.

Small and large organic farms alike that sell produce would be impacted by the proposed new rules, which would place burdensome restrictions on everything from compost to livestock to water – so much so that many organic farmers will be forced out of business, said Judith McGeary, executive director of the Farm and Ranch Freedom Alliance, a national organization that supports independent family farmers. The restrictions placed on compost would be so severe that it amounts to a ban. Organic farms that have livestock in close proximity to their crops also would find it difficult to clear government rules. Additionally, organic farms that use surface water would be forced to test their water regularly. All total, it could add up to many organic farms simply closing, unable to grow crops naturally or unable to afford the cost. It’s all part of the FDA’s food safety proposals that impact all farms – not just organic. But it’s the organic farms that will be hit hardest. Congress handed FDA the power in 2010 to regulate farms.

Off The Grid News recently asked McGeary to explain her concerns about the proposed regulations. Following is a transcript:

Off The Grid News: There has been a lot of conflicting data on how the FDA’s proposed food safety rules will impact organic farmers. Could you begin by telling us how it would impact their use of compost?

Judith McGeary: The proposed rules include extremely stringent restrictions on the use of what the FDA calls “biological soil amendments,” which includes compost, compost teas and manure. The regulations cover how the soil amendments can be made, their handling, storage, application and much more.

The single biggest issue is the mandatory waiting period in between application and harvesting the crops. For “untreated” amendments – which include not only manure, but also worm compost, compost teas with any additives, and any compost that doesn’t meet FDA’s specific standards – there is a 9-month waiting period. This makes these valuable soil amendments essentially unusable. Even fully treated compost would require a 45-day waiting period, limiting its usefulness.

McGeary: The proposed provisions about domestic livestock and wildlife are troubling in large part because they provide extreme discretion to FDA inspectors and officials, leaving farmers at the mercy of what their individual inspector thinks. 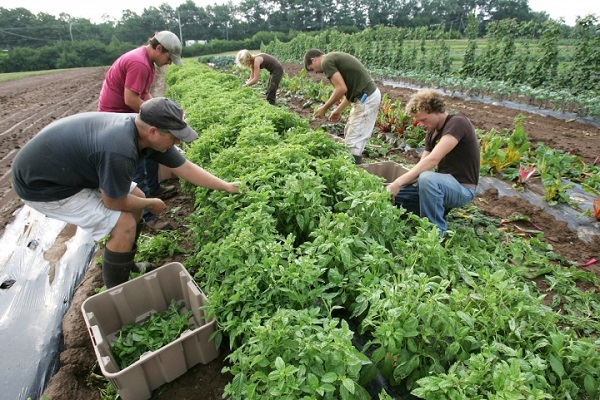 For example, if there is a “reasonable probability” that livestock that graze in fields will contaminate covered produce, then the proposed standards require an “adequate waiting period” between grazing and harvest. The regulations do not specify a length of time that FDA considers an adequate waiting period, but some preamble language implies that it could be 9 months, the same as the waiting period between applying raw manure and harvest. This would effectively force a farmer to abandon using that section of his property for the growing season…